Part of Wallace’s annual Christmas Carol Concert, performed in the beautiful setting of Lisburn Cathedral on the 17th December, has garnered worldwide praise from locations as diverse as New Zealand and India.

The performance of O Holy Night with solo from Year 14 student Zoe Jackson has been viewed by over 375,000 (in the first 3 days) people since its filming by Wallace Vice Principal Mr David Cleland. Zoe’s exquisite rendition of the piece, splendidly supported by senior choir Capella, resulted in countless comments on the school’s Facebook page which simply began with the word “Wow!”

The concert is a much anticipated event in the school’s musical calendar and Lisburn Cathedral was packed with parents, pupils and former choir members who now have their own tradition of participation. 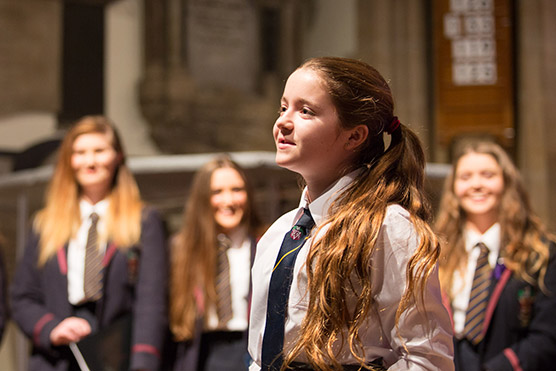 The honour of opening the proceedings fell to Year 8 pupil Erin Bailey who sang the traditional unaccompanied opening verse to Once in Royal David’s City. Pupils of all ages contribute to the event with the youngest reader being Zoe Lee Elmore from P7 in the Preparatory Department.

Wallace’s junior choir Cantabile (accompanied by Mr Alexander and conducted by Mrs Davison) delighted their listeners with the traditional piece Ding Dong merrily and Stopford’s A Christmas blessing, whilst the male members of Capella sang the rousing Riu Riu Chiu with a splendid solo performance by Josh Brown. 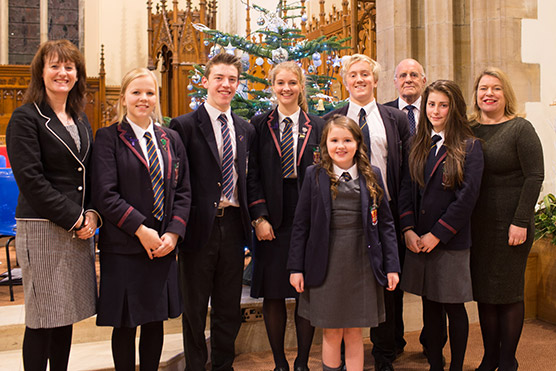 A choir composed solely of Year 12 girls sang the delightful piece Jesus Christ the apple tree whilst for traditionalists Capella provided Handel’s He shall feed his flock (soloists Hannah Cairns and Cathryn Kinghan) and How beautiful are the feet (solo Zoe Jackson). Gaudete, another Capella favourite, featured Y13 student Patterson as the soloist. The Carol of the Bells by Leontovich provided a dramatic processional climax to the choir’s contribution to the evening.

The school’s Carol Service is the traditional end of term event. In recent years the pupils of the Preparatory Department have made a charming contribution to the event. This year they performed two choir pieces, There were shepherds and Now the story has been told ; in addition there was a warmly applauded duet by James and Nicholas Falconer who performed the haunting Walking in the air. 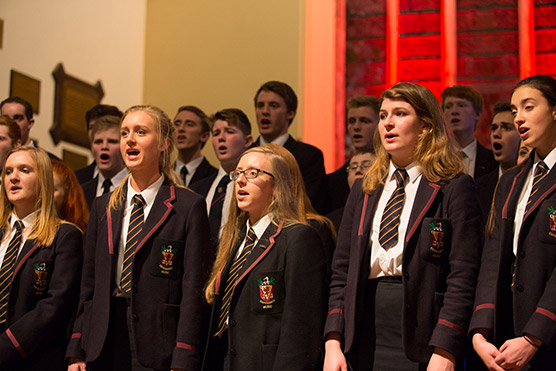 Cantabile and Capella reprised part of their programme from the cathedral event whilst a staff choir performed Deck the halls with sufficient musicality to draw a broad smile from Head of Music Mr David Falconer.

The “showstopper”of the school event was a new piece for all the choirs Masters in the Hall (arr Willcocks) which featured all the choirs and the orchestra conducted by Miss Chelsea Pascoe. An innovative, and much enjoyed, element of this year’s service was a film produced by acting Head of RE Miss Sara Stevenson entitled a Wallace Christmas. 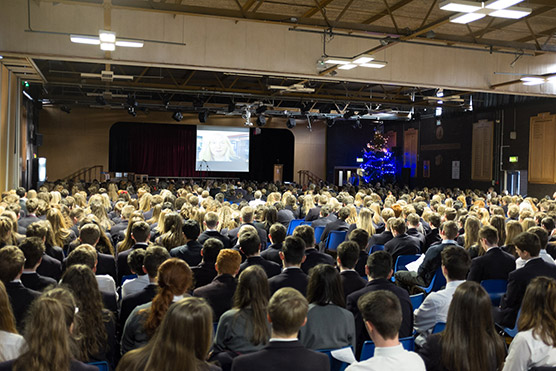 Christmas is, of course, about giving and Wallace pupils have given of their time and talents during this Christmas season. Pupils have visited nursing homes and shopping centres to sing and the school’s Rotary Interact group raised funds by delivering candy canes and singing “All I want for Christmas is you” to a range of flattered or embarrassed recipients. Principal Deborah O’Hare said of the events”.

It is such a pleasure to watch and listen to our students as they sing and play. I want to pay tribute to the Music Department staff who invest so much time and effort in training the choirs and the orchestra. I know the pupils really enjoy these experiences and I am delighted that the beautiful performance of O Holy Night at the Cathedral is being enjoyed by a worldwide audience.” 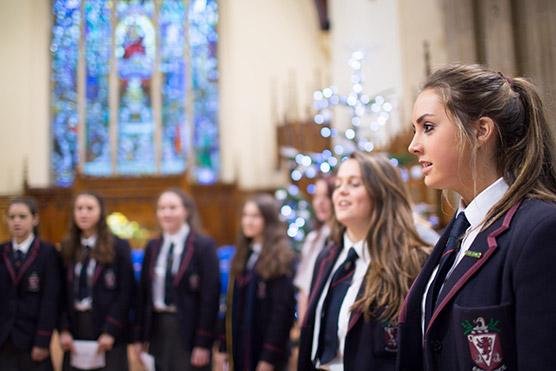 Listeners to BBC radio on Friday evening were treated to a further performance by Zoe Jackson. The BBC had become aware of Wallace’s “viral hit” and invited Zoe for interview in their studios where she performed the much loved carol Silent Night to acoustic guitar accompaniment.

Head of Music Mr David Falconer said “This Christmas season has really been full of community spirit at school. Special thanks are due both to the instrumental tutors who play a huge part in the Music Department and to our voice tutor Mrs Maeve Falconer who prepared all our female soloists. It is a pleasure to work alongside all of the staff involved with the choirs and orchestra and it’s always lovely to see former choristers home for Christmas back in the ranks of the school family.”