Wallace Young Enterprise Team Kicks Off With a Bang

A group of Wallace High School Lower Sixth pupils began their yearlong task of running their own company this week by organising two hotly contested talent shows in their school.

The Talent shows, which featured acts from all year groups, included everything from dancing and singing to athletic performances. The group of students who organised the show, fifteen in total, are one of two Young Enterprise company’s competing out of Wallace High School. Jack Morton, who is a member of the company, said “It was a great experience, we were worried about a small turnout but the rest of the school were very enthusiastic, particularly the younger pupils, and we filled the hall for both shows.” 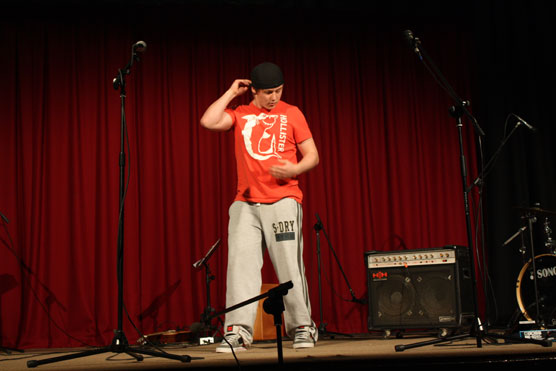 Two separate shows were organised to take place on both of the schools lunches, with tickets being sold throughout the week. A ballot was also held, and a percentage of the proceeds of ticket sales are being donated to local charity. Mark Wells, a Lower Sixth pupil won the first show performing a song he wrote himself, whilst talented Year 12 pupil Zack McCall performed an exciting dance routine to beat off stiff competition to win the second show.

Young Enterprise, an education charity formed in 1962, purpose is to “inspire and equip young people to succeed through enterprise”. “Generations”, the name of the company that organised the show, are in charge of running their own company for a year, independent of any help from outside the company, aside from an advisor involved in local business. The company members held a rehearsal after school for the acts, whilst the company members split up and divided responsibilities among themselves. 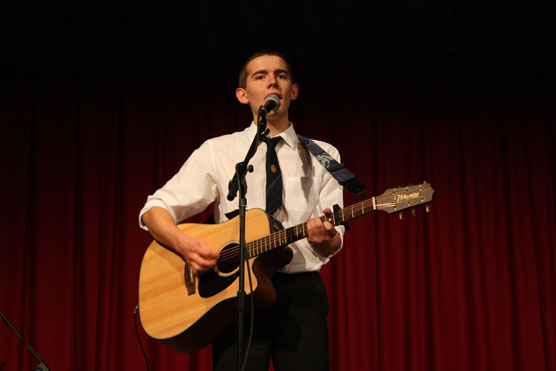 The Managing and Assistant Managing Directors co-hosted the shows, keeping the audience entertained throughout whilst delivering the final verdicts. Each act was judged by a panel of three judges, made up from the financial and marketing areas of the company. The sales and production teams worked hard selling tickets on the door and making sure the event ran smoothly, whilst members also worked hard to ensure acts got to the venue on time for their performance.