Generations win Company of the Year 2011 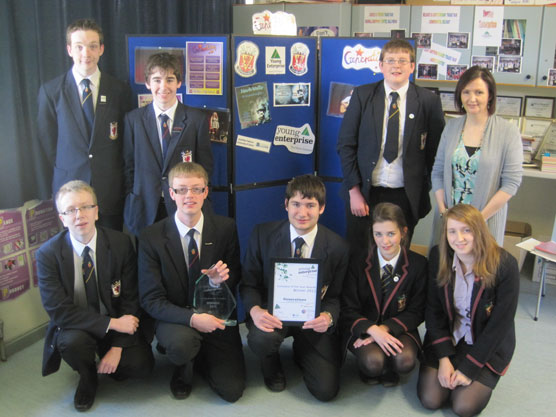 The Young Enterprise Company Generations established in Wallace High School in September 2010 won the Northern Ireland Final of the Company of the year competition at the Company of the Year Awards dinner held in the City Hall, Belfast on Thursday 19th May 2011.

Generations have not only sold their CDs in school but attended a variety of Trade Fairs in local shopping centres around the province.

The Competition required the team to write a ten page report highlighting their Young Enterprise year. They also had to make a five minute presentation to judges and were questioned for a further 20 minutes by the judges. Having competed and won the South East Regional final they then went on to repeat the process against the other six regional finalists.

The team have been guided throughout the year by their Link teacher, Ms Karen Neill and their Business Adviser, Mr Jonathan Twinem from the University of Ulster.