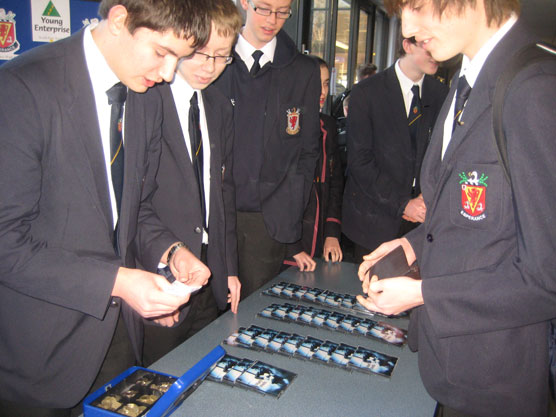 Mark Wells, a Year 13 pupil at The Wallace High School recently launched his album in school as part of his prize for winning the Young Enterprise Talent Show in October.

The album, consisting of six songs (four of which he wrote himself) has proved a massive hit with pupils in the Lisburn school who have had the opportunity to buy it recently.

Mark, who lists his musical inspirations as The Script and Jason Mraz, sings and plays guitar and is understandably proud of having his own work produced in this way: “It was really enjoyable just to be part of the Talent Show and even more exciting to have the CD produced. Sales have gone well in school and I would like to thank everyone who has supported me by buying the album.

More than anything I hope that they enjoy the music.”

The Year 13 Young Enterprise Company have been typically busy in recent months and have also produced a CD which includes songs by Amy Montgomery and a band involving Neil Mulholland, Jo Guthrie, David Houston and Conor Kelly.