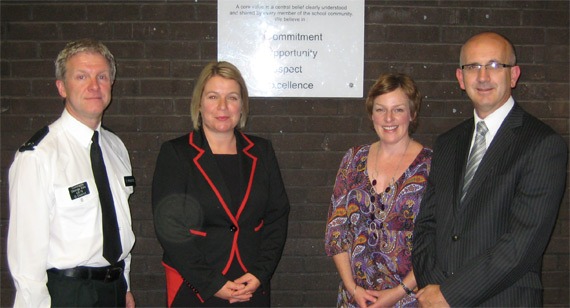 Head of Learning for Life and Work Mr Paul Beaton and PTA staff representative Mrs Julie Dumigan were also given the opportunity to speak to the large crowd of gathered parents.

After a coffee break where parents were given the chance to speak with class tutors in an informal setting Constable George Ellis spoke about issues for children in the Lisburn area.

Commenting on the evening Head of Year Gillian Carson said,”This is always an important event in the school calendar and the large attendance shows how much the parents appreciate the opportunity to meet their children’s class tutors in an informal setting at an early stage. We look forward to positive relationships developing between parents and the school and encourage them to become active in school life”.