The Wallace High School A2 PE Orienteering Event team organised an active leisure day for the P5 and P7 pupils from the Wallace Preparatory Department on Friday 16th April. It was a fun filled day for everyone and provided the pupils with a new challenge as very few had competed in orienteering before. One of the teachers said that she enjoyed ‘watching the children enjoy a new event which had been well organised and explained’. 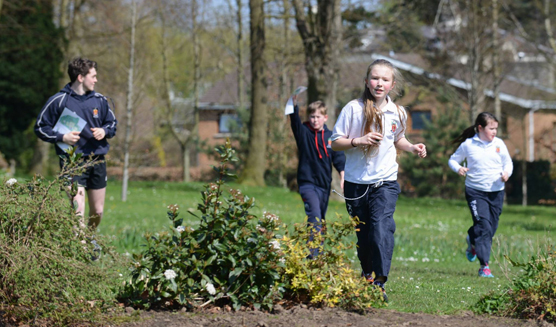 On The day of the event, in glorious sunshine, forty brave Wallace pupils made their way to Wallace Park, Lisburn so that they would have a more challenging course to do their event in. The orienteering event allowed pupils to work on their map reading skills, how to use a compass and also team work skills – all which will be very useful for their Duke of Edinburgh Award in future years. The pupil’s enjoyed using the new equipment that was provided on the day. Sophie Hinds (one of the P7 pupils) said ‘I loved the way the flags were hidden and we had to use the map to find our way’.

The winning team from P5 consisted of Peter McConnell, Joshua Kennedy, Christopher Quinn and Bonnie Latewood who completed the course in a time of 19 minutes 48 seconds. 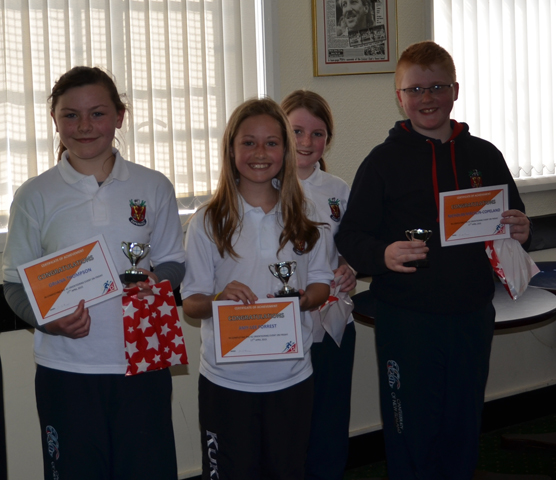 As an A2 Orienteering team we are very pleased to say that we raised a total of £117.51 for our chosen charity of Sports Relief. This was thanks to all of our fundraising events and also the pupils that participated in the event who paid an entry fee.

Thank you to all the pupils and staff from Wallace Prep who took part. Thank you to Lisburn Cricket Club who provided use of the clubhouse during the event.