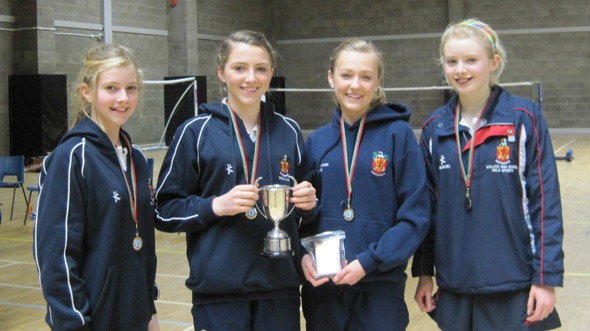 The Wallace High School enjoyed success at the Ulster badminton finals at the Racquets Club last week. Pride of place went to the Minor Girls Squad who won both their league and cup and the team consisting of Alannah Stephenson, Evie Dornan, Zara Kirkwood and Nicola McIlroy will now go on to represent Ulster in the Irish Schools’ in Dublin next week. Alannah also enjoyed more individual success at the weekend winning the Irish under 17 singles title at the Racquets Club and also finishing runner up in the doubles.

All at Wallace would like to wish the Minor Girls the best of luck for their crack at Irish level next week.