Busy time for the Politics Department

Upon arrival in London, we took a brisk stroll through Hyde Park for our first stop at Speakers Corner. Speakers Corner is an institutional cornerstone of British democracy and it allows anyone the opportunity to speak, debate and discuss any of the major issues of the day. Having digested a range of conflicting political and ideological viewpoints, we made our way to Whitehall and the Churchill War Rooms.

The War Rooms were used by Churchill and his Cabinet during World War Two whenever the ‘Blitz’ of London began. It provided them with the necessary shelter to run the country and the military campaign against Nazi Germany. It is an amazing piece of historical preservation as the War Rooms show exactly the conditions that those coordinating Britain’s war effort worked in. As we made our way back into daylight, Mr Lowry began his tour of Whitehall, the area containing the major government departments and offices (such as 10 Downing Street).

Following dinner, we visited the London Eye. After a dramatic 4D experience, we boarded our capsule for a scenic overview of the political and cultural sites of London by night. 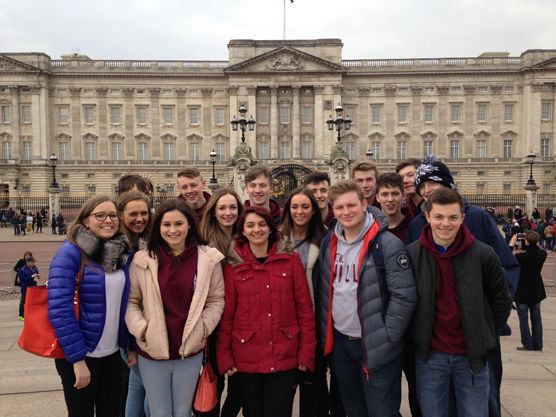 Our first stop of the day saw us visit The Wallace Collection. The Wallace Collection is named after the founder of our school and it houses an art and medieval weapons display to rival that of the National Gallery and the Louvre. Our tour guide expertly led us around the myriad rooms and corridors whilst extolling the virtues of the Wallace family and its close link to Lisburn.

Our second stop of the day was the UK Supreme Court, located in Parliament Square. The Supreme Court is the highest court in the land and hears cases on a range of issues from divorce, murder, assisted suicide and property rights. The rulings of the twelve justices impact upon the whole of the legal system and it therefore plays an important part in British democracy by protecting the rights of citizens. We began our tour by sitting in on a Privy Council case from the Caribbean, which was being ruled upon by our local Supreme Court Justice, Lord Kerr. Our tour guide then led an engaging and thought provoking question and answer session with the students.

Following lunch, we made our way up to Buckingham Palace and from there to our next event at the Fabian Society. The Fabian Society is a political think-tank which comes up with ideas for the Labour Party and which tries to push social issues to the top of the agenda of those in power. A panel of three staff lead a very insightful, challenging and intensive question and answer session on the role of think-tanks.

Following some retail therapy on Regent Street, it was on to Leicester Square for dinner. 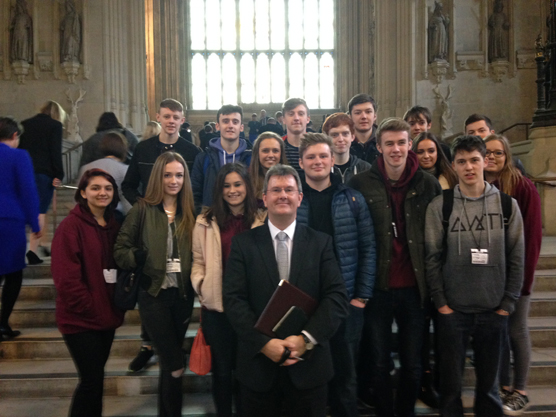 Following breakfast, we made our way to the Houses of Parliament. Having successfully negotiated security, we began our tour, taking in the historical and political significance of the buildings. We were fortunate to witness the Speaker’s procession from his offices to the House of Commons.

The MP for Lagan Valley, Jeffery Donaldson then met us and guided us to a committee room where we discussed and debated the key topics of the day for young people in Britain generally and the Lisburn area specifically. This session was invaluable for the students in trying to understand and articulate the important role played by MPs and Parliament in the democratic processes in the United Kingdom.

We then had the added bonus of being allowed to go down Downing Street to take hundreds of “selfies” outside the most famous address in London!

After collecting our bags and catching the Gatwick Express, we boarded our return flight home for some much needed rest and relaxation after our fun packed, educational and truly memorable Politics trip to London. 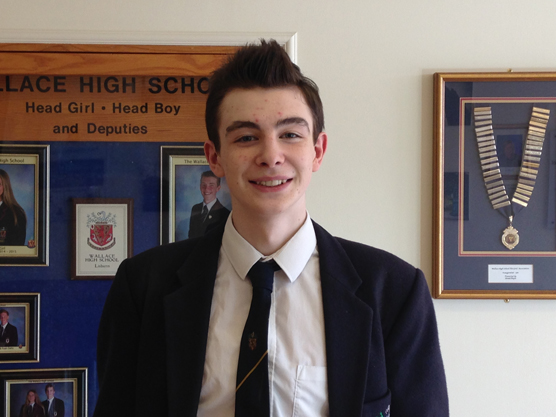 The UK Youth Parliament is a shadow body of the House of Commons. It is made up of 600 elected representatives from across the country. An MYP aims to give a voice to their constituents and lobby their public representatives. In his first term as a MYP, Ryan met Councillors, Mayors, MLAs, MPs, MEPs and Ministers. He has even had the pleasure of sitting in the House of Commons.

Ryan described his first term as Member of Youth Parliament as “wonderful” but stated that he “wanted to continue delivering for Lagan Valley.” Four other candidates stood against Ryan and he described them all as “worthy opponents” before noting that the election had provided him with a “clear democratic mandate to represent Lagan Valley and ensure their voices are heard.”

The policies he will be championing this year are: Modern Languages Education, Political Participation, Living Wage and Mental Health.

He has outlined his desire for his areas of key focus below:

Ryan wants to encourage schools in the Lisburn area to promote languages spoken in the emerging economic superpowers such as Mandarin, German and Hindi.

For Political Participation, he will be persuading schools to help their students engage in Mock General Elections this May. This will give them first hand experience of how democracy works.

Living Wage and Mental Health will be the UK Youth Parliament’s top priority this year and every MYP in the four nations will be campaigning on them. Ryan hopes to add to this effort by lobbying for a motion to be passed through the new Lisburn and Castlereagh Council.

We wish Ryan success in his second term as a Member of the UK Youth Parliament.