Principal, Mrs Deborah O’Hare, welcomed the large crowd into the Assembly Hall and also gave a report detailing the life of the junior school in the past academic year which covered the many areas of curricular and extra curricular achievements in the Lisburn school. 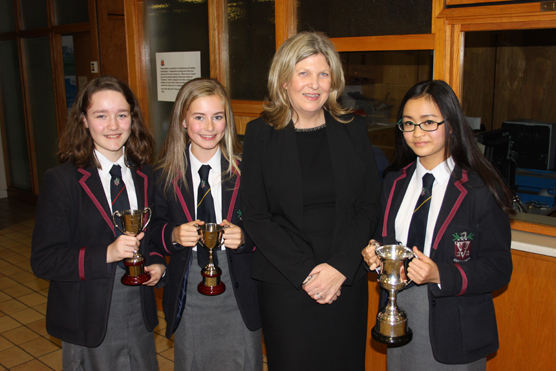 There were various musical interludes throughout the evening. Indeed the night began with a visual presentation of junior pupils at the Lisburn school accompanied by the School Orchestra playing “America” from West Side Story. Current Year 11 pupil Amy Warke gave a tremendous flute solo with the assembled guests wowed by her performance of Morlacchi’s “Il Pastore Svizzero”. The Cantabile singing group also performed Rutter’s “For the beauty of the Earth” and “Chattanooga Choo Choo” by Warren which were both greeted with rapturous applause.

Ms Williamson proved to be an excellent guest and fantastic speaker. She began her speech by taking the audience through her life story (including her time spent at Wallace) to the current day as a family woman and successful partner in charge of property and banking law, mentor with the Law Society and sitting on the Law Society Home Charter Committee. Quotes from Steve Jobs, Albert Einstein and one of her favourite authors, Dr Seuss, were used to illustrate to the pupils how important their choices would be and she concluded by wishing them all every success in their future. 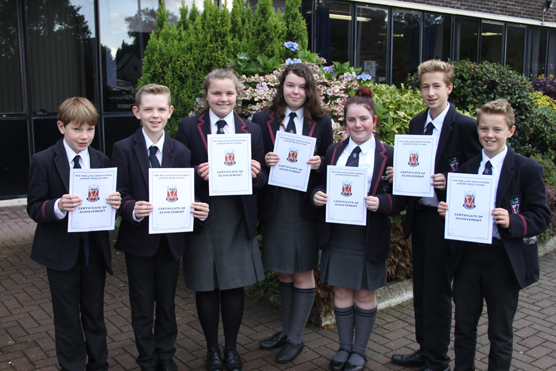 As ever, the PTA sponsored prizes which were awarded for significant improvement, outstanding academic achievement and also for individual subject prizes in Years 8 – 10 for the past academic year.

Georgia Nicolls (current Year 9) and Anna Trimble (current Year 10) received trophies for Overall Outstanding Achievement in their respective year groups, whilst Julie Yeow (current Year 11) received the Alastair McWilliams Trophy for Overall Academic Achievement in her year group. This trophy was presented by the McWilliams family in memory of their son who died tragically in 1994 whilst still a pupil in Wallace. Aisling Gardiner also received the Cairns School Spirit Cup for her contribution to school life whilst in Year 8, as well as receiving an award for Outstanding Overall Achievement. The Cairns Cup was presented by popular and long serving Mathematics teacher, Norma Cairns, and Aisling is the fourth recipient. Incidentally Ms Williamson was a former House Captain of Hanna House and mentioned the support of Norma in her speech as her Head of House during her time at Wallace. 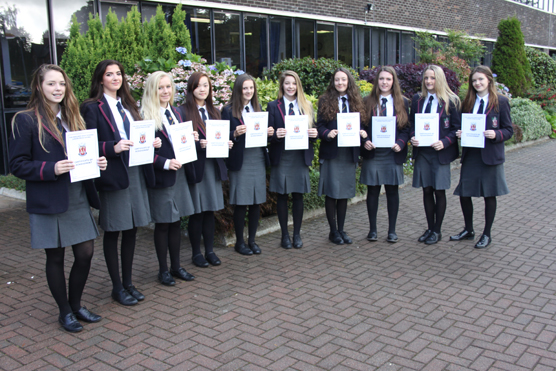 The formal part of the evening concluded with a vote of thanks from Head Girl Bethany Henry, whilst Head Boy Jonny Stewart presented Ms Williamson with a bouquet of flowers. Many parents and students also stayed on for tea and coffee and seemed to have enjoyed the evening which was as ever relaxed and a great celebration of the many achievements of junior school pupils at Wallace.