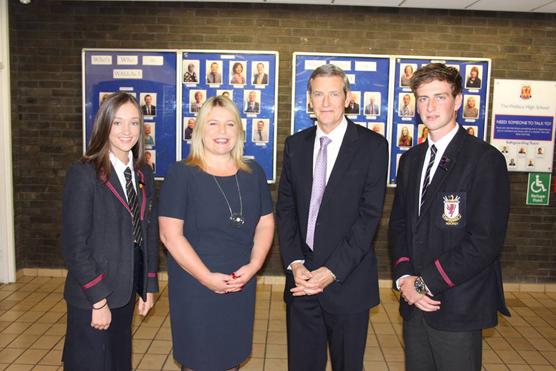 Principal, Mrs Deborah O’Hare, welcomed the large crowd into the Assembly Hall and also gave a report detailing the life of the junior school in the past academic year which covered the many areas of curricular and extra curricular achievements in the Lisburn school. She also focussed on the importance of pupils displaying a “growth mindset” towards activities both inside and outside the classroom, as well as thanking the teaching and support staff, parents and Board of Governors for their continued support of all pupils at the Lisburn school. 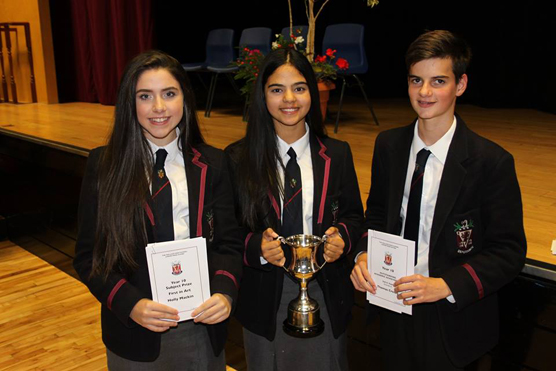 There were various enjoyable musical interludes throughout the evening. Indeed the night began with a visual presentation of junior pupils from last year accompanied by the Junior School Orchestra playing “A Thousand Years” by Perri. Natalie Bell played the theme song from “Swan Lake” on clarinet, whilst Jack Cranston performed “Ashokan Farewell” by Ungar on violin. Emilie Williams then took the lead as the Cantabile Leavers sang McGlynn’s “Cunla”.

Mr Younge proved to be an excellent guest and fantastic speaker. He began by taking the pupils back to the old school on the Antrim Road where he himself was educated, recalling getting the train to school in Lisburn, as well as remarking on the exciting prospects of the £3.2 million building project which he emphasised would enrich the experiences of the pupils even further. His journey from Queen’s University Belfast to a job in the ICT Industry , then working as part of a Christian organisation in West Africa, returning to Belfast where he did a PGCE and on to his current occupation as Director of Training at the Irish Baptist College in Moira were all documented. Importantly, he emphasised the importance of selfless giving to those those in the world less fortunate than oneself, a theme which resonated with the Principal’s report and the extensive charitable work of the Junior School last year. The evening then concluded with the award of prizes and Cups to the students whose parents watched on proudly.

As ever, the PTA sponsored the prizes which were awarded for significant improvement, outstanding academic achievement and also for individual subject prizes in Years 8 – 10 for the past academic year.

Thomas Jordan (current Year 9) and Georgia Nicholls (current Year 10) received trophies for Overall Outstanding Achievement in their respective year groups, whilst Jasmine Cairns (current Year 11) received the Alastair McWilliams Trophy for Overall Academic Achievement in her year group. This trophy was presented by the McWilliams family in memory of their son who died tragically in 1994 whilst still a pupil in Wallace. Zoe – Lee Elmore and Abigail Menown received the Cairns School Spirit Cup for their contribution to school life whilst in Year 8. The Cairns Cup was presented by popular and long serving Mathematics teacher, Norma Cairns, and the girls are the fifth recipients of this most sought after award. 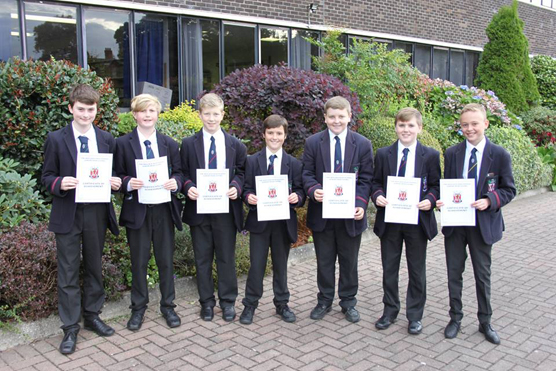 The formal part of the evening concluded with a vote of thanks from Head Girl Emily Howard, who alongside Head Boy Jordan Taggart presented gifts of appreciation to Mr and Mrs Younge. Many parents and students also stayed on for tea and coffee and seemed to have enjoyed the evening which was as ever relaxed and a great celebration of the many achievements of Junior School pupils at Wallace.

Commenting on the evening, Principal Mrs O’Hare said: It is important to recognise the hard work and improvement of all our students in Wallace. Our junior prize winners are shining examples of the many successful and diligent young people in this community. Our Invited Guest, Nigel Younge, emphasised the importance of hard work and industry, balanced with a selfless approach to adding value to the lives of those less fortunate than ourselves. These are important messages which resonate with Sir Richard Wallace’s legacy of philanthropic giving and sets Wallace apart as a community grounded in social responsibility.”