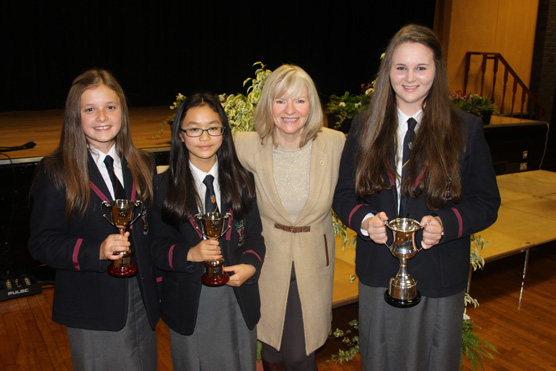 Principal Mrs Deborah O’Hare addressed the pupils and guests and was full of praise for the achievements of all prize winners. She also reviewed the many successes of pupils in both curricular and extra curricular activities throughout the previous academic year.

Mrs Gillian Creevy, Chief Executive of the Northern Ireland Cancer Fund for Children was the Guest of Honour and proved to be a most engaging speaker for pupils and adults alike. She detailed her own career, including how she came to be in her current high profile position, as well as sharing many funny stories and advice for the young people. She also praised the connection between Wallace and The Northern Ireland Cancer Fund for Children and particularly the hard work of teacher Heather Gracey who has been the driving force behind the £94000 raised over the past twenty years. 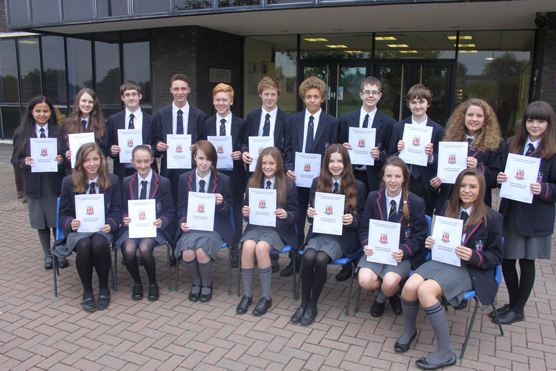 Music was also a major part of the Junior Prize Giving with piano soloist Ellie Reid, violin soloist Rachel Chambers, voice soloist Anna Farrelly, the Cantabile Choir singing “The Lord Bless You and Keep You” and also Stacey Burns and Emily Cairns penning their own song which accompanied a pictorial presentation of the previous year. This capped off a memorable night for Emily who picked up a staggering eleven awards in total.

The evening ended with a large crowd enjoying the informal atmosphere in the canteen for tea, coffee and biscuits with pupils, staff and guests mixing freely.

Principal Deborah O’Hare was understandably delighted and proud of the successes of all prize winners.