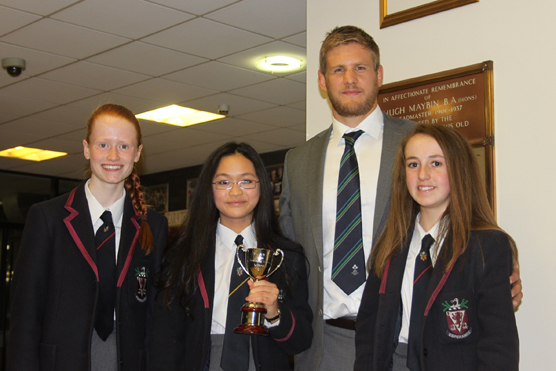 Principal, Mrs Deborah O’Hare, welcomed the large crowd into the Assembly Hall and also gave a report detailing the life of the junior school in the past academic year which covered the many areas of curricular and extra curricular achievements in the Lisburn school.

There were various musical interludes throughout the evening with guests welcomed on arrival by the Year 11 Jazz Band who played outside the Library. This certainly helped set the mood for what is always a relaxed evening of celebration. Eilidh McKnight penned a song entitled “Smile” which was superbly performed by Anna Farrelly, Emily Cairns, Stacey Burns and herself and which drew an enthusiastic response from all present, whilst there were other performances by Julie Yeow (piano solo), Laura Bailie (voice solo) and a group of performers who sang a song from the hit movie “Frozen”. 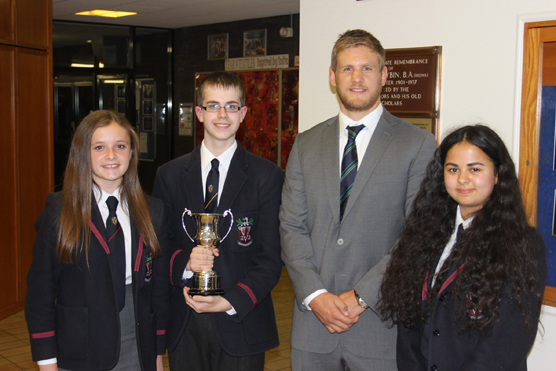 Chris has always been a tremendous ambassador and supporter of all things Wallace and shared some experiences from his time at school and more recently on the rugby pitch. He also spoke movingly about Mr Bill Wilson who guided him through his Duke of Edinburgh gold award whilst at school and also Nevin Spence, another former student at the Lisburn school who represented Ulster alongside Chris on many occasions.

Commenting after the Prize Giving Chris said: ” It was an absolute honour to be asked to return to my old school Wallace to celebrate Junior Prize Giving with the students, teachers and parents. I have now left the school over a decade, and although there are some familiar faces, and plenty of new faces, it still amazes me the warm welcome I receive. I hope everyone enjoyed the evening and congratulations again to all the young talented students who have performed so well. I look forward to watching the schools progress and continued successes.”

As ever, the PTA sponsored prizes which were awarded for significant improvement, outstanding academic achievement and also for individual subject prizes in Years 8 – 10 for the past academic year.

Jasmine Cairns (Current Year 9) and Julie Yeow (current Year 10) received trophies for Overall Outstanding Achievement in their respective year groups, whilst Peter Scott (current Year 11) received the Alastair McWilliams Trophy for Overall Academic Achievement in his year group. This trophy was presented by the McWilliams family in memory of their son who died tragically in 1994 whilst still a pupil in Wallace. Oliver Patterson also received the Cairns School Spirit Cup for his contribution to school life whilst in Year 8. This cup was presented by popular and long serving Mathematics teacher, Norma Cairns, and Oliver is the third recipient. 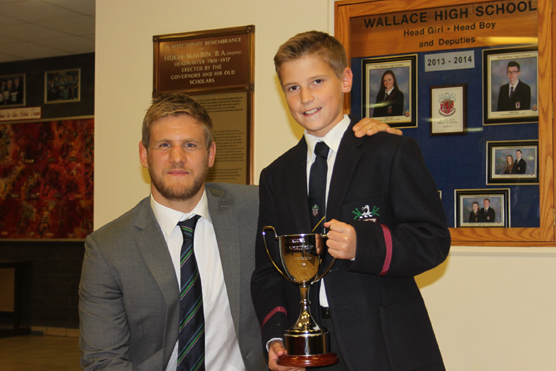 The formal part of the evening concluded with a visual presentation entitled “Room without a Roof” and also a vote of thanks from Head Boy Neil Kilpatrick and Zara Kirkwood who thanked Chris for taking time out of his busy schedule. Many parents and students also stayed on for tea and coffee and seemed to have enjoyed the evening immensely.

Mrs O’Hare said she was delighted and proud of the successes of all prize winners: “This was a very enjoyable evening and it is a pleasure to be able to celebrate the achievements of our junior school students who play such an important part in our school life. I wish to congratulate all prize winners and commend them for their success. I also want to extend my thanks to Chris for agreeing to be our Guest of Honour and wish him all the best for his future endeavours on and off the rugby pitch.” 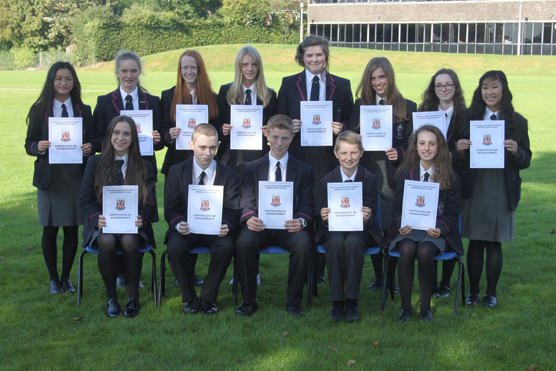