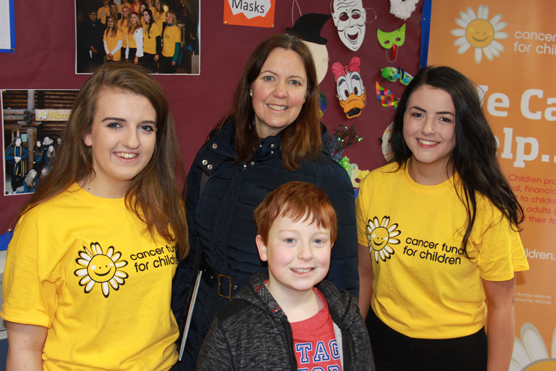 The Wallace High School opened its doors to a large crowd last Saturday as hundreds of prospective pupils from local Primary schools and their parents came to see what the Lisburn school has to offer at its annual Open Day. 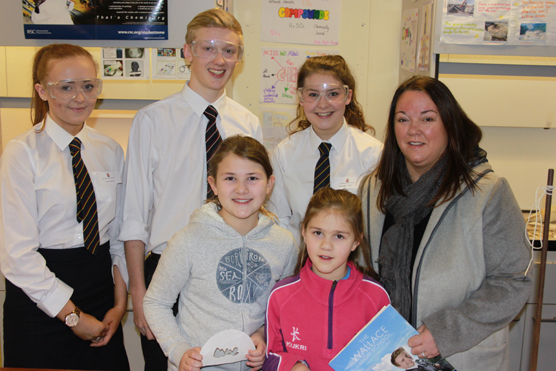 As ever, the school was a real hive of activity with every Department putting on visual displays which proved popular with young people and adults alike. From Medieval games in History to displays of pupils work in Art, the Sports Challenge in the Sports Hall to experiments in all three Science Departments, games of twister in Geography to the Great Gatsby and Mrs Pratchett’s Sweet Shop in English, all visitors received a flavour of the varied academic programme on offer. The 3D printer in Technology also proved to be extremely popular with many guests enjoying this piece of equipment which was kindly funded by the hard working PTA.

Wallace has always prided itself on the range of extra curricular activities provided within the school and these were all on display in the Gym. The traditional school sports were well represented, as well as other exciting and diverse clubs such as Model United Nations, Drama, Movie Making, Art, Chess, Scripture Union, Ski Club, Rotary and Young Enterprise. Current members of these clubs were also present to answer any questions about the activities on offer throughout the year. 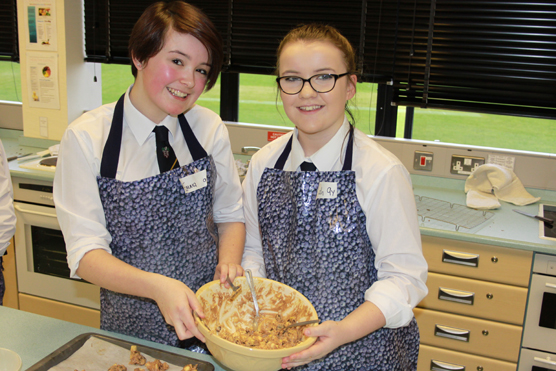 Many visitors availed of the opportunity in late morning to enjoy the dry weather and went to view the school’s three rugby pitches, cricket pitches and the new astro hockey pitch and associated facilities. The boys’ hockey 1st XI played RBAI on the school “smurf turf” and enjoyed the support of many adults and children who took time out of the day to watch them win handsomely against their Belfast rivals.

Budding sportsmen and sportswomen from a range of Primary schools tested their physical ability in a number of practical activities and learned of several forthcoming prestigious competitions. The Medallion rugby team face Campbell College away next Saturday in the Medallion Shield (10am start), whilst the 1st XV begin their Schools’ Cup run with an away fixture against Ballymena Academy on Saturday 6th February hoping to go one step further than last year when they reached the prestigious St Patrick’s Day final at the Kingspan Stadium. Also on Saturday 6th February the boys’ 1st XI hockey team play Banbridge Academy in the Burney Cup second round as they look to retain the cup they have won for the past two seasons, whilst the under 14 girls’ hockey team play Ballymena Academy in their cup quarter final this coming Saturday at Lisnagarvey HC.

Music also featured heavily throughout the day with the orchestra and Honours students performing in the Assembly Hall. Jonathan Warke and Timothy Wiggam performed an acoustic set in the Link, whilst Eildh McKnight and Nathalie Bell played outside the Library. In the Music Department itself Dominic Yu showcased his talent on piano, whilst Rachel O’Connor and Anna Millar played cello and piano. Dance music was played on a loop station alongside a recording studio demonstration.

One of the features of the Wallace Open Day is the huge numbers of current pupils who act as guides and help out in departments. Current Year 8 pupils were happy to share their experiences since arriving in late August as were more senior pupils who assisted in the success of the day. 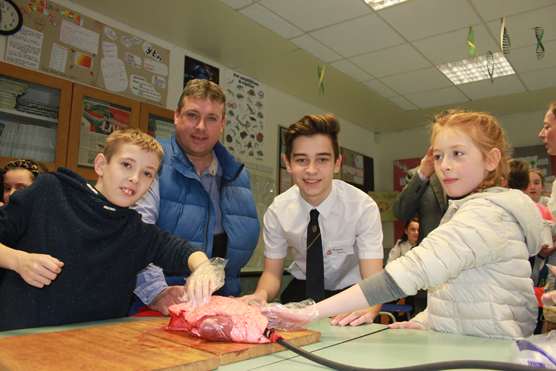 Principal, Mrs Deborah O’Hare spoke to guests in the Assembly Hall on two occasions mentioning the inspection results, achievements both academic and sporting, philanthropy and the seven years of a pupil’s experiences in Wallace linking them to existing data such as the % likely to go to university. Also in the Assembly Hall there was a question and answer session involving Head Girl Bethany Henry, Head Boy Jonny Stewart, Deputy Head Girl Claire Hanna and current Year 8 pupils Niamh Clougherty and Sam Moore who shared their many positive experiences, in the case of the Year 8s in the past four months, for the older pupils over the course of over six years. There was also a vibrant atmosphere in the Link where guests could relax over a cup of tea or coffee, juice and biscuits. 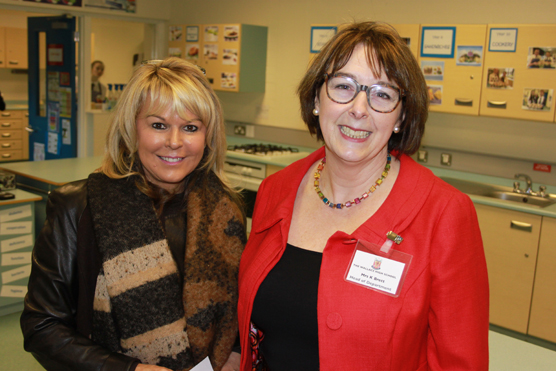 Head of Computing, Mrs Ruth Foster was also pleased to welcome Citi and Liberty IT to the Open Day, both companies having worked closely with the school in the development and teaching of Computing throughout the school including support for the Wallace CoderDojo. Citi were represented by Mark Newman, whilst past pupils Brian Craig and Philip Whan were there with Liberty IT. Both companies provide work placements, staff for mock interviews and mentoring for pupils and teachers throughout the year and their input is greatly valued by the Wallace community.

A copy of the school prospectus is now available to download here.