The Wallace High School opened its doors to a large crowd last Saturday as hundreds of prospective pupils from local Primary schools and their parents came to see what the school has to offer at its annual Open Day.

As ever, the school was a real hive of activity with every Department putting on visual displays which proved popular with young people and adults alike. From Medieval games in History to displays of pupils work in Art, the Sports Challenge in the Sports Hall to experiments in all three Science Departments, games of twister in Geography to the Great Gatsby and Mrs Pratchett’s Sweet Shop in English, all visitors received a flavour of the varied academic programme on offer. The “selfie stick” in Technology also proved to be extremely popular with all and some great photos were taken on the day. 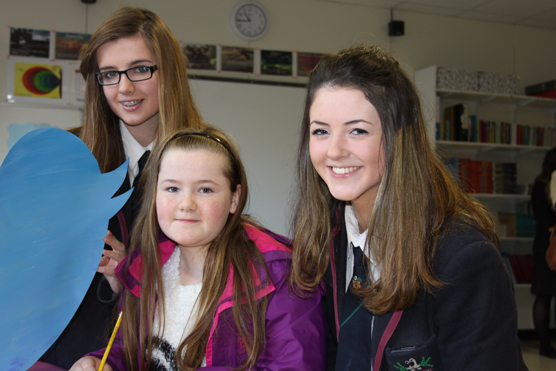 Wallace has always prided itself on the range of extra curricular activities provided within the school and these were all on display in the Gym. The traditional school sports were well represented, as well as other exciting and diverse clubs such as Model United Nations, Drama, Movie Making, Art and Young Enterprise. Current members of these clubs were also present to answer any questions about the activities on offer.

Although the day started off with a heavy frost, as time moved on the sun started to shine and many visitors availed of the opportunity in late morning to enjoy the good weather and went to view the school’s three rugby pitches, cricket pitches and the new astro hockey pitch and associated facilities. Visitors learned of the long established tradition of sporting excellence in Wallace where many young people represent their country in sports as varied as swimming, badminton, netball, hockey, rugby and athletics. The success of current pupils Alannah Stephenson (badminton) and Rachel Bethel (swimming) was also celebrated as both girls represented Northern Ireland at the Commonwealth Games in Glasgow last summer, a terrific achievement for these two talented girls. 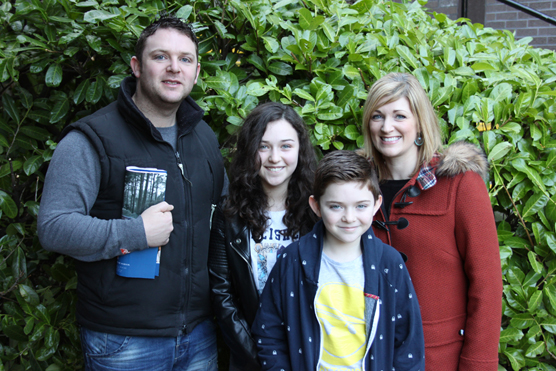 Budding sportsmen and sportswomen from a range of Primary schools tested their physical ability in a number of practical activities and learned of several forthcoming prestigious competitions. The Medallion rugby team face Down High School this Saturday in the Medallion Shield, whilst the 1st XV begin their Schools’ Cup run with an away fixture against Portora Royal on Saturday 7th February. Also on Saturday 7th February the girls’ 1st XI hockey team play Ballyclare High School in the quarter finals of the Schoolgirls’ Cup on the Wallace smurf turf, whilst the boys’ hockey 1st XI hope to pick up silverware in the Burney Cup having already reached the Irish Schools’ and McCullough Cup finals and face Portadown College in the second round.

Music also featured heavily throughout the day as immensely talented Year 14 pupils Zoe Jackson and Josh Brown relived the Sound of Music production of September 2014 with a superb rendition of “Something Good”. Guests were also treated to various musical interludes in the Music Department throughout the day. 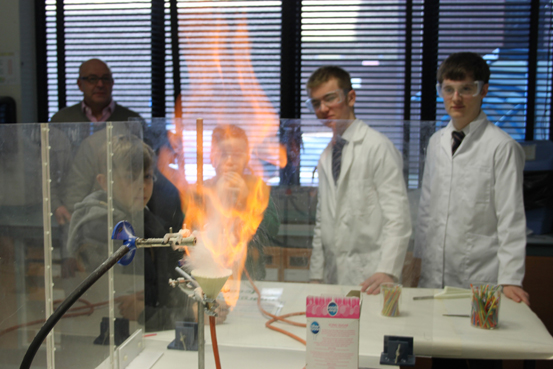 One of the features of the Wallace Open Day is the huge numbers of current pupils who act as guides and help out in departments. Current Year 8 pupils were happy to share their experiences since arriving in late August as were more senior pupils who assisted in the success of the day. Head Girl Zara Kirkwood and Head Boy Neil Kilpatrick also interviewed Zoe Jackson (music), Nathan Doak (sport), Abi Wallace (ICT) and Year 8 pupils Steffi Scott and Ricardo Mexis who gave their own unique insight into life at Wallace.

Head of Computing, Mrs Ruth Foster was also pleased to welcome Allstate and Liberty IT to the Open Day, both companies having worked closely with the school in the development and teaching of Computing throughout the school including the introduction of the new CCEA A Level. Allstate were represented by past pupil Phil Fairley, whilst another past pupil Brian Craig was there with Liberty IT. Both companies provide work placements, staff for mock interviews and mentoring for pupils and teachers throughout the year and their input is greatly valued by the Wallace community.

Principal, Mrs Deborah O’Hare, was understandably delighted with the success of the Open Day and commented: “Developing our young people as leaders to improve their confidence and resilience has been an important focus in our school over the last five years. To see our young people present, lead, demonstrate and show pride in Wallace made the Open Morning particularly enjoyable for everyone.”

A copy of the school prospectus is now available to download at www.wallacehigh.org/prospectus