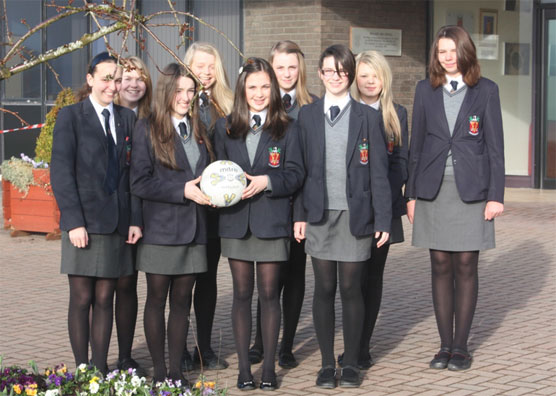 The Wallace High School minor netball squad played Belfast Royal Academy in a replay Semi Final Plate match on Friday and won 12/11 in what proved to be a very exciting game. Belafst Royal Academy took an early lead and after the second Quarter were still leading by 3 goals.

The Wallace coach Dawn Baxter made a change of centre at half time and with the Wallace Goal shooters Joanna Davis and Shannon Thompson beginning to settle the Squad began to pull ahead.

Megan Gardner worked very hard in defence and there was also determined play from Rachel Magee, Amy Salter, Kerry Patterson and Chloe Crothers. The Wallace side was delighted to secure a place in the plate Finals.