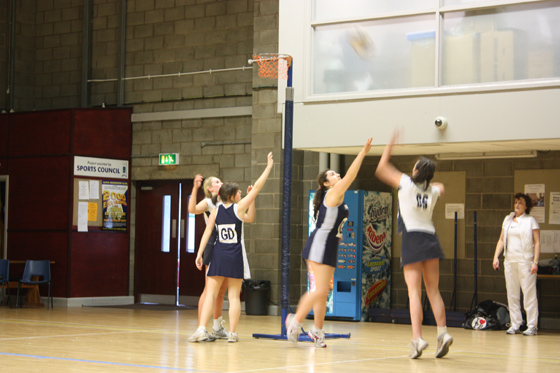 The Wallace High School Intermediate Netball squad recently defeated Methodist College in the semi finals of the Schools’ Cup in a very tightly contested game. They will now face up to neighbours Friends in the final.

Outstanding play was shown by Michaela Neill the Wallace wing attack who was ably assisted by Alice Green in bringing the ball up the court to the two shooters Chantelle Thompson and Claudia Philpott. Both shooters were on form with Claudia showing her undoubted class in the run up to her Northern Ireland debut on Friday.

At half time Methody led by 1 goal 16/15. Wallace began to pull ahead in the third quarter and took the lead 24/18. A change in the Wallace side, bringing on Laura Howard and Rachel Orr in the final quarter helped to keep pressure on and the final score was a convincing 30/24 win to the Lisburn side.