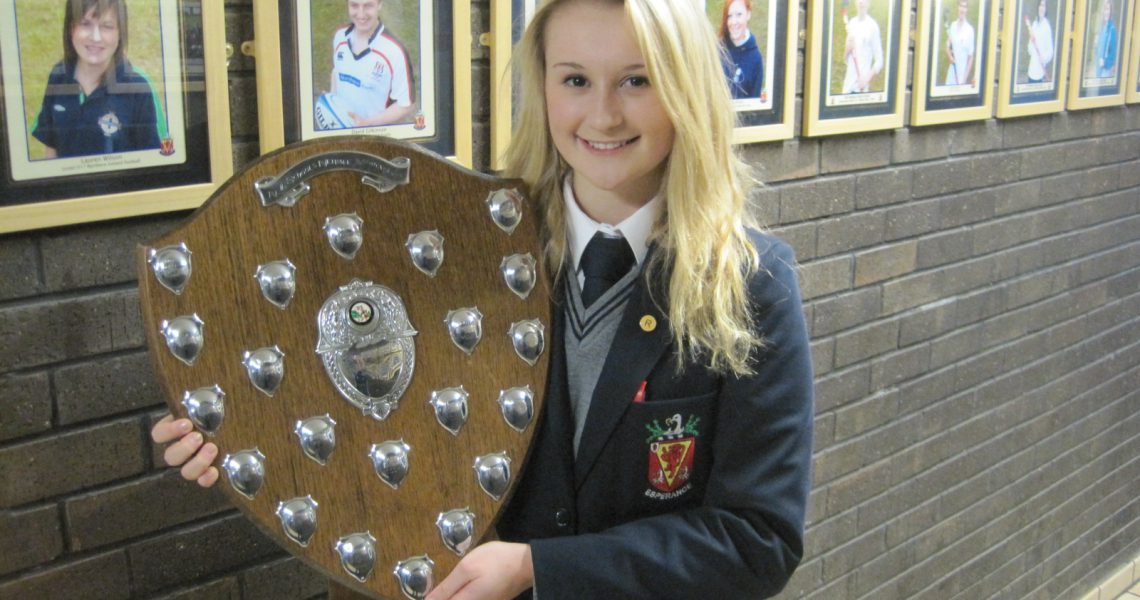 Wallace High School Netball has got off to a great start despite losing the services of Jackie Portis as Coach. The Netball Club was sad to lose Jackie owing to work commitments, as she has had resounding success over a number of years and will be missed.

Fortunately Dawn Baxter, a former pupil, has stepped in and is already making a positive impact. The following year 9 pupils have been selected to the under13 Regional Academy: Joanna Davis, Shannon Thompson, Megan Gardner, Chloe McCoosh and Amy Salter.

The following pupils from years 10 and 11 have been selected to the Under 14 Regional Academy: Sarah Martin, Evie Dornan, Nicola McIlroy, Alice Green and Rachel Orr.

The Senior Squad unfortunately lost the 1st round of the cup to Cookstown High School 45/15 but had resounding successes over Friends and Glenlola 33/30 and 37/20 in the league. We had a great game last week against Assumption Grammar losing narrowly 25/19.

All at Wallace would also like to congratulate Year 14 pupil Julie Whitten who continues to train with the Northern Ireland under19 squad, whilst Claudia Philpot (Year 11) continues to train with the under 17 squad. Claudia also deserves great credit for helping the Area under 17 squad win their tournament recently and is pictured holding the shield.