Off to the dreaming spires 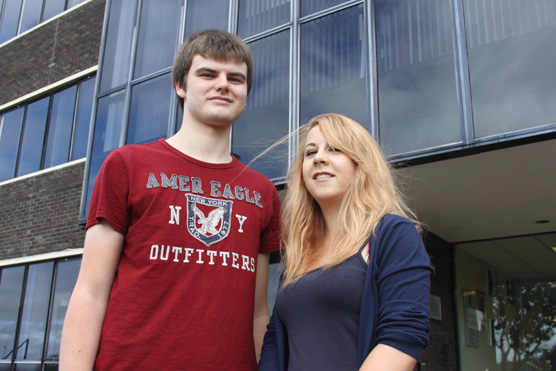 Natasha Gillies and Stuart Wilson, two of the members of the record breaking class of 2013, have added their names to the school’s Oxbridge entrants. Natasha is reading Biological Sciences at Merton College, Oxford whilst Stuart is joining a lengthy list of students from Wallace who have been successful in gaining places to read Medieval and Modern Languages at Queens’ College, Cambridge. Stuart also gained the distinction of being placed first in German in Northern Ireland. Both the former pupils had previously attended residential courses in England through Villiers Park Educational Trust, a charitable trust which provides opportunities for gifted students to expand their subject knowledge through access to university level teaching. Principal Deborah O’Hare said ” Wallace has enjoyed tremendous success in recent years with our Oxbridge applications. I congratulate Natasha and Stuart on their tremendous achievements and I thank their teachers for the support they offered. Our Gifted and Talented Co-ordinator Mr Michael Lowry and our Head of Careers Mr Paul Beaton also bring invaluable expertise. We look forward to hearing of further success for Natasha and Stuart and wish them well for this most exciting phase of their studies.”

The staff at Wallace were also delighted to hear the news that former Deputy Head Girls, Anna Greenfield and Aimee Donaldson, had won scholarships to King’s College, London and Queen’s University, Belfast.