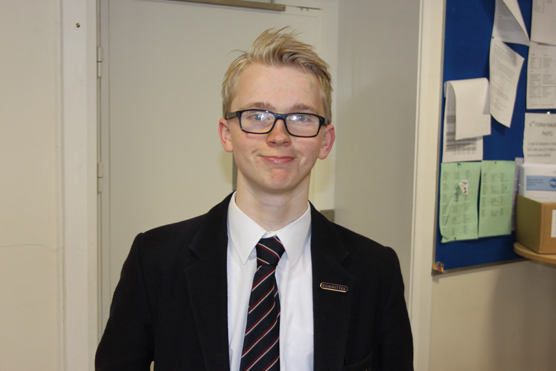 Year 13 student Ben Sharkey has been elected to the UK Youth Parliament as the representative for the Lagan Valley constituency. Ben was elected following a close run battle with fellow Wallace student and UK Youth Parliament incumbent Ryan Simpson.

Following a week long series of assemblies in which Ben and Ryan put forward their manifestos, the young people of Lagan Valley voted online to elect Ben. Ben is delighted with his election and has already meet with local representatives at Stormont and our MP Jeffrey Donaldson. He has also taken his concerns over the mental health of young people in Northern Ireland to the Northern Ireland Children’s Commissioner.

Everyone at Wallace wishes Ben a successful year in office. The school has received a Silver Democracy Award from the British Youth Council due to the high number of votes register by students of the school.

A week before the Northern Ireland electorate went to the polls to vote in the Northern Ireland Elections, the students of Wallace High School were holding their very own mock election and EU Referendum. The election was run by Year 13 students from the Politics Society lead by Mr McGuckin. The Politics Society took over main assembly in the days leading up to the election and spoke to the young people about different political parties and what their manifestos were for the forthcoming election. They also informed students about the importance of the upcoming EU Referendum, highlighting the key arguments for staying within and leaving the EU, whilst also explaining the responsibility of citizens to vote and participate in our democracy, stressing how important major political decisions affect our lives. 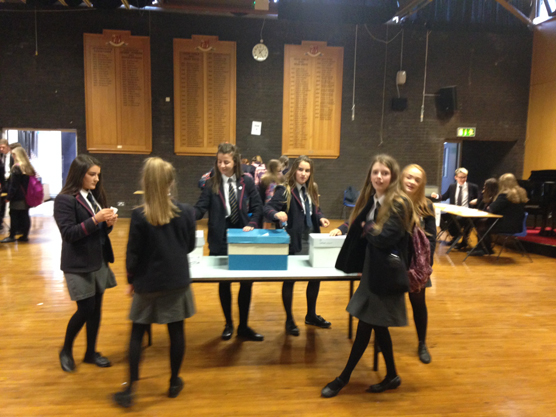 After very busy voting sessions over both lunches the ballots were counted and the DUP came out on top, but all five major parties represented scored a high number of votes. The school overwhelmingly voted in favour of remaining within the EU.

The Politics Society plans to run a further mock election this November for the Us Presidential Elections.