Pupils from The Wallace High School Preparatory Department performed their annual Nativities to a packed audience of family and friends on Wednesday 16th December.

P4-7 performed ‘Straw & Order,’ a fun twist on the original Christmas story. Taking place in Judge Grumps’ courtroom in the middle of Bethlehem, the cows felt pushed out of their stable and they wanted it back! The donkeys, accused of having invited over a whole host of people, including a baby, denied all charges. The narrator offered to take the Judge out of the courtroom to witness the night’s events firsthand. As he encountered bickering innkeepers, self-important wise men, cool shepherds, some dancing sheep and a spectacular angel choir, everything started to become clear. Rushing to the stable, the judge was humbled by the sight of such a special baby, there was only one verdict – not guilty. 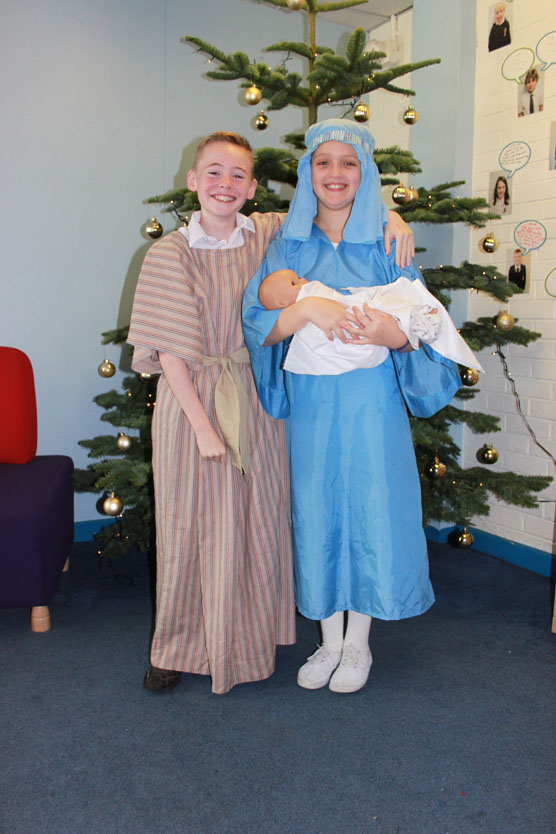 P1-3 performed ‘Away In A Manger.’ It was a tale of Morris the donkey and all the people who shared his stable in Bethlehem. There was a good deal of commotion in when the animals realised that there was a baby in the barn! The cows, sheep, pigs, spider and hen all learnt about their special guest from Morris as well as other guests who. As more and more visitors arrived to greet the new king, the animals slowly realised what a privilege it was to share their home with such an important baby. 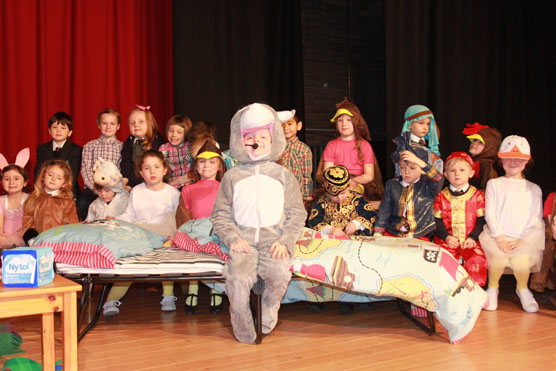 Head of Prep, Mr Lawther said, “I am immensely proud of all the pupils for their performances, under the outstanding coordination of Mrs Dowds. The singing, acting and dancing was superb. It allowed us all to forget about the stresses of Christmas and remember what this time of year is really about, the birth of Jesus.”