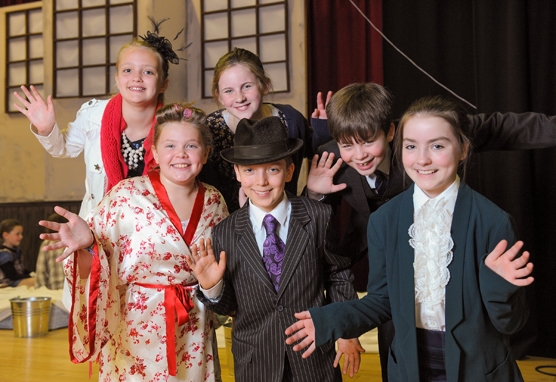 Pupils from The Wallace High School Preparatory Department performed their annual musical production, ‘Annie’ to a packed audience of family and friends on Wednesday 13th April 2016.

Set in 1930s New York, during The Great Depression a remarkable and very brave young Annie (Alice McMullan) was forced to live in a miserable orphanage, ran by the tyrannical Miss Hannigan (Molly Thompson). Her seemingly hopeless situation changed dramatically when Grace Farrell (Abigail Campbell) selected her to spend a short period of time at the residence of the famous billionaire Oliver Warbucks (Isaac McIlwrath).

Annie charmed the hearts of all the household staff, even the cold-hearted Mr Warbucks. He decided to help Annie find her lost parents by offering a substantial reward if they came and proved their identity. However, the spiteful Miss Hannigan had other ideas when she, along with her wicked brother Rooster (Finn Brennan) and female accomplice (Lucy Blair), impersonated those people to get the reward for themselves. 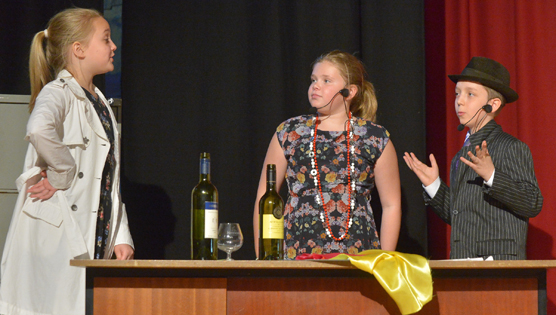 However, their plan was rumbled when Mr Oliver Warbucks received a surprise visit by Roosevelt and the secret service men. They soon discovered that Mr and Mrs Mudge (Rooster and Lily in disguise) were not Annie’s real parents. In fact, Annie’s parents passed away when she was a baby, David and Margaret Bennett. In the end, Rooster, Lily and a disgruntled Miss Hannigan were arrested by the secret service men. 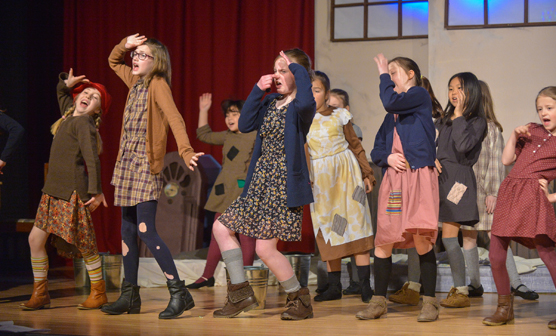 Watching his first Production as Head of The Wallace High School Preparatory Department, Mr Lawther remarked, “I could not be more proud of our talented pupils, some of whom were as young as seven years old, for their dedication and commitment in learning all of their lines, songs and choreography routines. The result of which was clearly evident in the outstanding performance that was brought to the stage on the night. I cannot thank them enough, nor their parents for their support as well as our fabulous staff, under the direction of Mrs Dowds, for all their hard work. I hope that this experience has equipped our pupils with a taste of the pleasures that The Arts can bring and encourage them to pursue this in their future lives.’