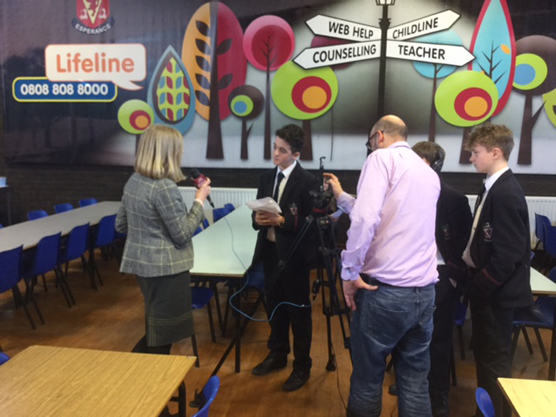 For BBC News School Report this week our Year Ten pupils developed, scripted interviewed and filmed a report on our illustrious founder, Sir Richard Wallace and the impact he continues to have on The Wallace High School. Sir Richard founded the school in 1880 after numerous philanthropic ventures both at home and abroad. While in Paris during the Prussian siege he won fame for the many charitable works he did for the people of that city. Upon returning to Lisburn, he gave the town a public park, named after him and built Castle House as his Lisburn residence. In 1872 he donated 50 drinking fountains, known as the Wallace Fountains, to the cities of Paris and Lisburn, some of which are still in existence today. The Year Ten pupils were able to go out into Wallace Park to film on location and see one of these famous fountains for themselves.

The BBC project has helped the pupils to get a feel for journalism, broadcasting and film-making, whetting the appetites of more than one student for the possible careers in the wider world beyond school. It also allowed them to participate in a wider project being carried out all over the UK this month. 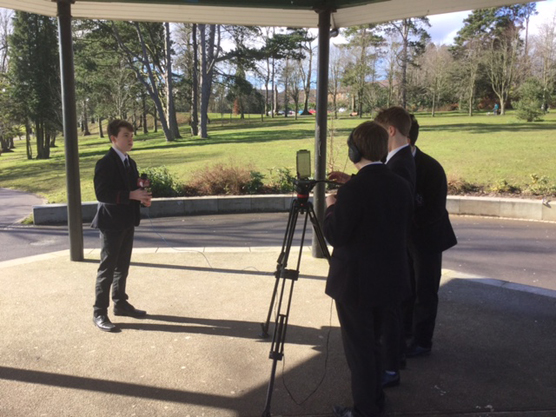 Teacher in charge of the project Mr Elliott said ” I feel that this was a fantastic opportunity for our young people to develop their cross-curricular skills in a way that will allow them to gain an understanding of how those skills would be useful in the workplace. This is very important as it will give them an advantage when entering the ultra-competitive job market and maintain the excellent reputation of Wallace pupils at home and abroad.”