The Wallace High School opened its doors to a record crowd last Saturday as over two thousand visitors came to see what the school has to offer at its annual Open Day.

Visitors included prospective pupils from local Primary schools and their parents, but also many past pupils who came to see a display of old photographs compiled by Senior Teacher and Open Day organiser Heather Gracey entitled “All our Yesterdays.”

As ever, the school was a real hive of activity with every Department putting on visual displays which proved popular with young people and adults alike. From a World War One Recruitment Office in History to displays of pupils work in Art, the Sports Challenge in the Sports Hall to experiments in all three Science Departments, a rain forest in Geography to the Great Gatsby and Mrs Pratchett’s Sweet Shop in English, all visitors received a flavour of the varied academic programme on offer. 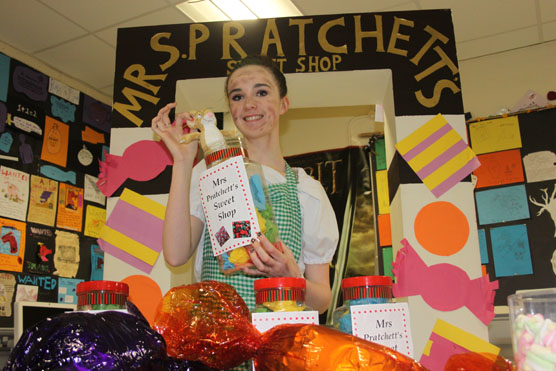 Wallace has always prided itself on the range of extra curricular activities provided within the school and these were all on display in the Gym. The traditional school sports were well represented, as well as other exciting and diverse clubs such as Model United Nations, Drama, Movie Making, Art and Young Enterprise. The new Lego Robot Club proved especially popular with the Primary school pupils who were given the opportunity to build and program Lego robots, something which Wallace pupils are able to take part in as a result of STEM funding. Current members of these clubs were also present to answer any questions about the activities on offer.

Although the rain fell heavily early in the morning the late morning and early afternoon brought some very welcome sunshine. Many visitors availed of the opportunity in the late morning to enjoy the good weather and went to view the school’s three rugby pitches, cricket pitches and the final stages of the construction and development of the new astro hockey pitch and associated facilities. Visitors learned of the long established tradition of sporting excellence in Wallace where currently over 80 young people represent their country in sports as varied as swimming, badminton, netball, hockey, rugby and athletics. 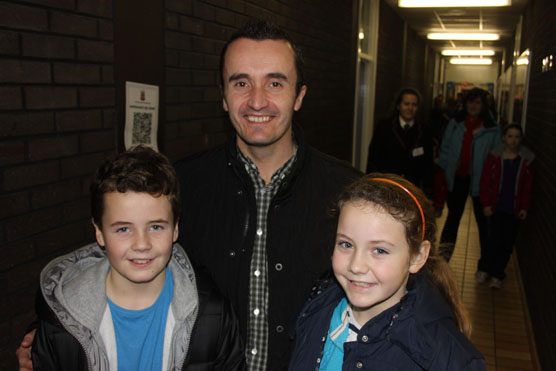 Budding sportsmen and sportswomen from a range of Primary schools tested their physical ability in a number of practical activities and learned of several forthcoming prestigious competitions involving Wallace teams. The Medallion rugby team face Banbridge Academy in the 4th round of the Medallion Shield on Saturday 1 February at home at 10:15am, whilst the 1st XV begin their Schools’ Cup run with an away fixture against either Belfast High School or Omagh Academy on Saturday 8th February. The McCullough Cup winning 1st X1 boys’ side begin their Burney Cup campaign with a match against RBAI, the side they defeated in the semi final of the McCullough Cup before Christmas, on Wednesday 5 February at 4pm, under the floodlights at Lisnagarvey Hockey Club.

Music also featured heavily throughout the day as the talented Year 10 band played in the Link, an attraction which proved popular alongside the hard working PTA stall which provided refreshments for guests. Visitors in the Assembly Hall were also entertained by the school Choir which helped create a relaxed atmosphere for all present.

One of the features of the Wallace Open Day is the huge numbers of current pupils who act as guides and help out in Departments, whilst many past pupils come back to help in Departments. Current Year 8 pupils were happy to share their experiences since arriving in late August as were more senior pupils who assisted in the success of the day. Head Girl, Rebecca Lafferty and Head Boy Christopher Robinson also interviewed some of the student leaders on stage with Amy Woo, Christopher Quinn, Megan McKee, Patrick Lynn, Bethany Henry, Mark McGuiggan and Chris Campbell all willing participants.

A superb visual presentation was shown in the Assembly Hall which showcased the skills of the Moving Image Arts Department and also the continued and innovative use of ICT within the school. The great work of the Moving Image Arts Department at Wallace was recently recognised with year 14 pupil TJ Smith and Year 13 pupil Nathan Stevenson gaining awards at the QFT MIA Showcase in Belfast, whilst Nathan, Gareth Greenfield and Alexander Harper are currently involved in the British Film Industry Academy.

Head of Computing, Mrs Ruth Foster was also delighted to welcome Allstate to the Open Day, a global software company who have worked closely with the school in its development of the Bespoke Year 8 and 9 Programming classes and were present on the day, represented by Claire Casey and past pupil Phil Fairley.

Allstate have provided training for ICT teachers to update their skills and resources for A Level teaching and endorse the teaching of the new SSD A Level and the teaching of programming at all levels. Allstate have also provided staff for mock interviews for Year 14, work placements for two Year 13 students, sent staff to do careers talks to sixth form, and gave a group of sixth formers a tour of their company and Wallace is proud of the close link between the organisations.

Principal, Mrs Deborah O’Hare, was understandably delighted with the success of the Open Day and commented: “It is always a great privilege to welcome so many prospective young people and their parents to our school. I was also very pleased to have Allstate, a leading, global software development company present to endorse the innovative computing and programming work which so sets us apart from others.”

A copy of the school prospectus is now available to download here.
Additional Photos are available on the School’s Facebook page.