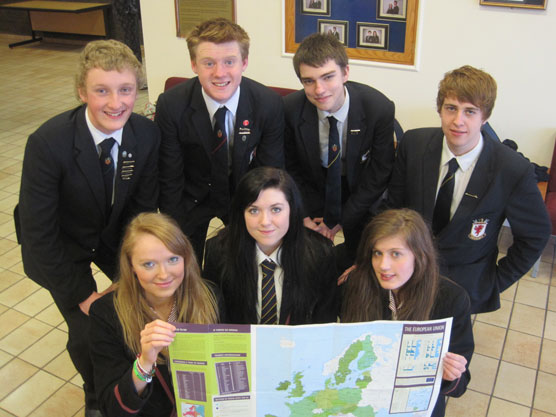 Ten year 13 pupils from The Wallace High School have reached the Northern Ireland final of the prestigious European Youth Parliament competition. This event is organised annually by the European Commission office in Belfast and is open to AS level pupils.

The ten pupils from Wallace, who all study Government and Politics, have so far compiled a collaborative essay on conflict resolution in Europe and will be proposing a resolution on the steps EU member states should take to ensure that the EU is fit for purpose in the future.

This is the third successive year that the team from Wallace has reached the Northern Ireland final and this success comes as a result of dedication in researching and preparing the materials for the event. The pupils taking part hope to use this experience to increase their awareness and understanding of major European political issues.