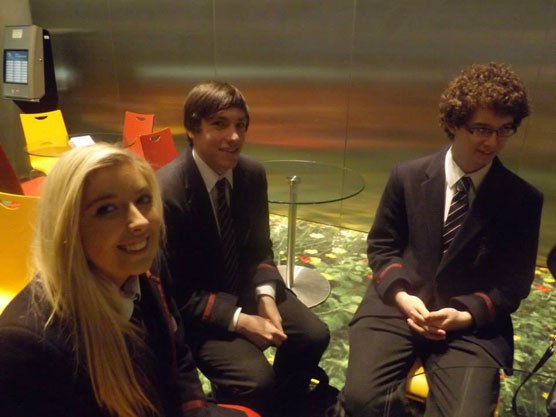 Success for Wallace High School at the European Parliament in Strasbourg

Eight Year 13 students from The Wallace High School recently travelled to the European Parliament at Strasbourg, France, to take part in the annual Euroscola event. It was a fully funded trip which they won following a competition entry earlier in the academic year.

Twenty different European Union member states were each represented by 24 students. The United Kingdom was represented by eight students from Wallace, eight from Methody and eight from Our Lady’s in Newry. They spent all Thursday 30th January in the European Parliament where they were seated in the Hemicycle in the seats of MEPs.

A student / students from each member state had to introduce their country, their school and their team in a language other than their mother tongue. Thomas Stewart introduced the United Kingdom, Wallace and the Wallace team made up of himself, Richard Gill, Jack Easson, Sophie McIlwaine, Anna Nelson, Jemma Burns, Rebecca Stevenson and Hannah Johnston in French. Two Students from Methody and Our Lady’s did the same. Thomas proved to be an outstanding ambassador for his school and his country. 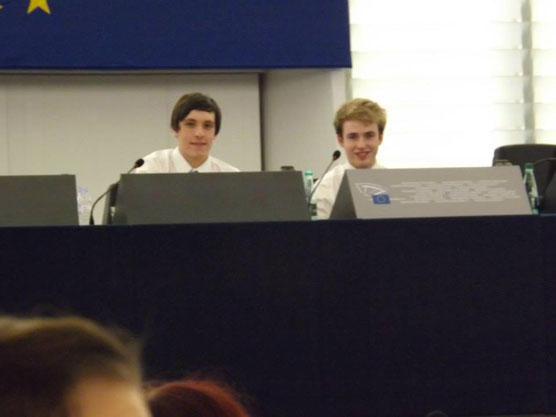 The 480 young people from across Europe then had the opportunity to ask questions on the development of Europe to officials of the European Parliament. Again, the Wallace students featured strongly with Thomas Stewart and Richard Gill asking very intelligent questions on the EU commission and exiting the EU.

Following the group session the boys were led into the Hemicycle where they sat at the Parliament’s executive bench alongside key officials of the Parliament and they presented their resolutions to the chamber before taking questions from the floor. Both boys admirably rose to the challenge and gave informed and intellectual answers to everything asked.

Hannah Johnston was part of the “Eurogame” winning team. The team was made up of four members from different EU countries. Her team went into the final along with three other teams but they went on to win the entire game. Hannah and the other members of the team received a beautiful coin as a prize.

The day concluded with the students who had introduced their countries parading around the Hemicycle with the flags of the 28 EU member states.

Thomas had the honour of carrying the Union Flag. All in all, Wallace High School students truly dominated the day. Their participation was phenomenal and they made a lasting impression on their continental counterparts who commended them on their poise and confidence.