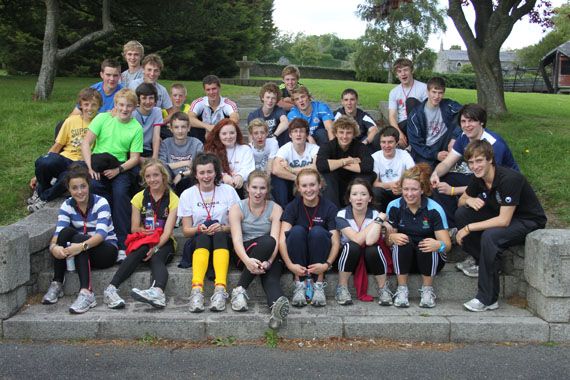 The current Wallace High School Year 12 PE class recently returned from their now annual residential at Ardnabannon Outdoor Education Centre where they took part in a series of orienteering challenges in Castlewellan and Tollymore Forest Parks.

This is the seventh year that Wallace have attended such a course in August and as ever the pupils enjoyed taking part in a new activity.

A number of the pupils also attended an orienteering event at The Balmoral Conference Centre the week after returning from Ardnabannon and enjoyed putting their new found skills into operation in a competitive event.