The weeks leading up to the recent General Election saw Year 13 Government and Politics pupils at The Wallace High School continue with their long tradition of promoting democracy and encouraging active participation through planning their own “mock” General Election.

The pupils, energised following their recent trip to London where they soaked up the political atmosphere, planned and administered the election which is now a regular fixture in the school calendar at times when there is a General Election in the UK and a Presidential Election in the USA. 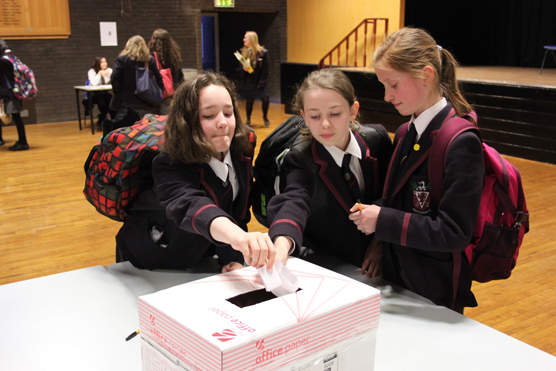 The class divided themselves into three groups which were each charged with the task of making posters to promote their respective party (Conservative, Labour and Liberal Democrat) and delivering their party’s message to the whole school through a series of special assemblies.

A large number of pupils from throughout the school exercised their democratic right at break time on 23rd April by voting. The Year 13 pupils who administered the election ensured that each pupil who came to vote had the appropriate identification and instructed the pupils on how to fill in their voting slip. 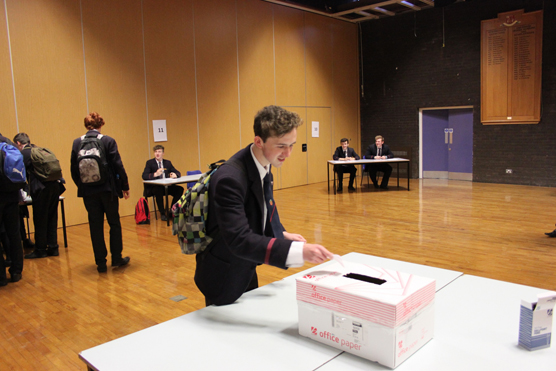 The results of the election mirrored the General Election of 7th May with the Conservative Party being the biggest party. However, in this case they were denied an overall majority.

As well as promoting the values of democracy and active participation which are addressed in the Citizenship curriculum at Key Stage Three, this election in school also provided a curricular link for the Year 13 pupils who study democracy in the United Kingdom and how elections operate as part of their AS level Government and Politics course. 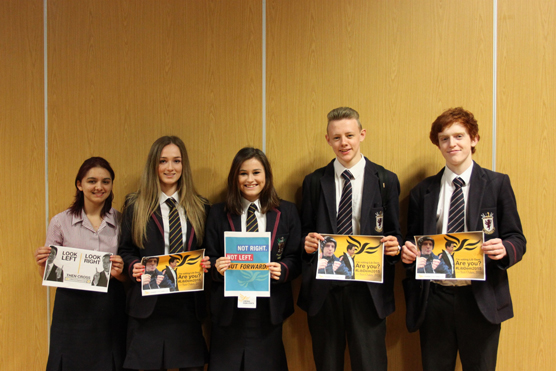 The final results of the election which led to much discussion around the school were:

Coalition discussions have been taking place!