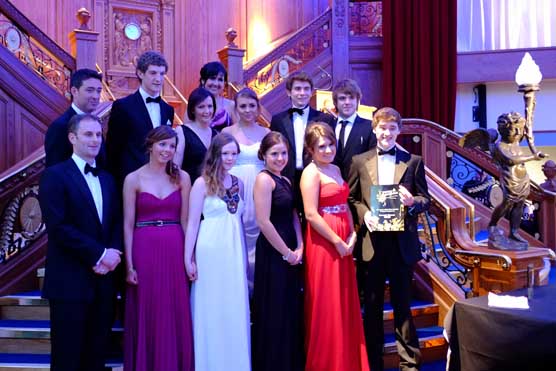 The Young Enterprise Company Quirktees established in Wallace High School in September 2011 won the Northern Ireland Final of the Company of the year competition at the Company of the Year Awards dinner held in the prestigious Titanic building, Belfast on Thursday 3rd May 2012.

Quirktees established a T-shirt designing company where they would come up with some quirky slogans and print them on to mainly T-shirts but also onto bags.  Customers were also able to design their own T-shirts which the company would then print for them.

The Competition required the team to write a ten page report highlighting their Young Enterprise year.  They also had to make a five minute presentation to judges and were questioned for a further 20 minutes by the judges.  Having competed and won the South East Regional final they then went on to repeat the process against the other five regional finalists. 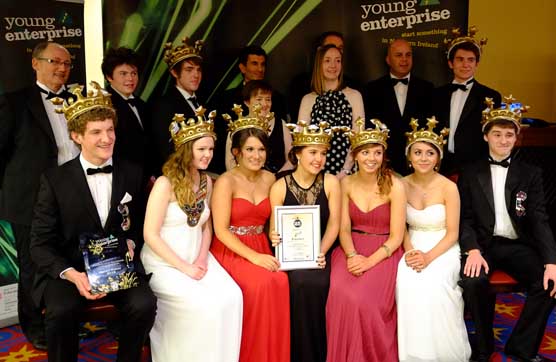 The Company now goes on to compete in the HSBC Young Enterprise Innovation Awards in the Intercontinental Hotel in London from 1st to 3rd July.  If they are successful in the UK final they go on to compete in the JA-YE Europe Competition to be held in Bucharest from the 18th to 22nd July.

The team have been guided throughout the year by their Link teacher, Ms Karen Neill and their Business Adviser, Mrs Cindy Greer from Allied Irish Bank in Lisburn. 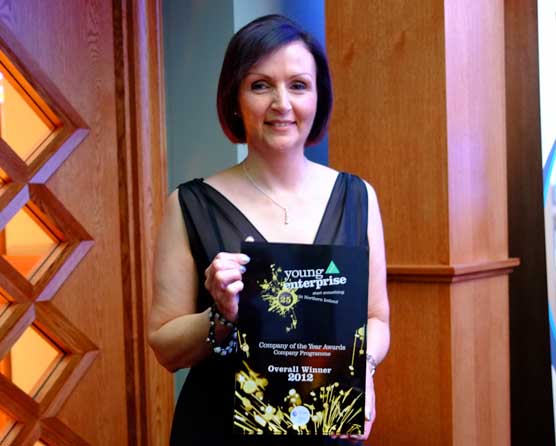