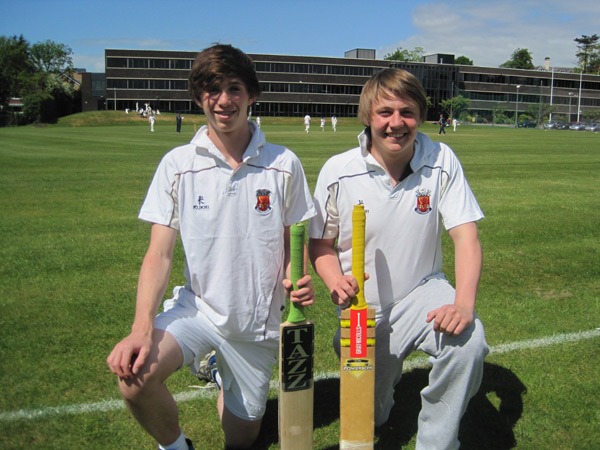 The Wallace High School have enjoyed another good week of cricket with five matches and five wins. The U12 team enjoyed a 29 run success over neighbours Friends in The Centenary Cup. Wallace batted first and scored 116 for 4 in 20 overs. Man of the match Ross Waite scored 56 which included two sixes and nine fours in a superb knock.

Mark Armstrong with 23 and Nathan Cartmill 17 not out also contributed. In reply Friends got 87 for 8 as Nathan Cartmill (2 for 4) and Adam McCallum (1 for 19) bowled accurately. Wallace however will have to tighten their bowling lines if they are to progress from the semi final stage.

The U12 continued their improvements with a comprehensive 9 wicket victory over Methodist College. Methody batted first and got 82 for 9 on a small pitch. Ross Waite (3 for 13) and Adam Heaps (2 for 13) bowled with precision and were the pick of the bowlers. In reply, Wallace eased past the target in 10.3 overs for the loss of 1 wicket. Mark Armstrong (49 not out) timed the ball well and hit 10 fours in a super knock while Ross Waite again was in the runs with a solid 28 not out.

The U14XI travelled to Regent and came away with a 9 wicket victory. Regent batted first and got 89 for 6 from 20overs. Johnny Wilson bowled with very good control and accuracy (2 for 12) while Daniel Nelson (2 for 19) also excelled with the ball. In reply Ryan Moore( 51 not out) batted with control and purpose as Wallace passed the total for the loss of 1 wicket in 16.5 overs. Chris Crawford batted well as he supported Moore with 24 not out.
The U15XI travelled to Strabane HS in The U15 Schools’ Cup and came away with a convincing 93 run victory. Zack McCall (74not out) and James McCallan (74 not out) were the stars of the show as Wallace amassed a formidable 172 for 1 in 24 overs. In reply, Stabane HS were bowled out for 74 in 15 overs as Ryan Moore (4 for 7) and Robin Walsh ( 2for 15) ripped the heart out of the Strabane middle order.

The 1stXI defeated Banbridge Academy by 6 wickets in The Schools’ Plate. Banbridge were restricted to 71 All out. James McCallan (3 for 6) and Rory Stewart 3 for 14 were the pick of the bowlers. Rory Stewart (34 not out) batted sensibly as Wallace passed the total in four overs.

This week Wallace face the formidable task of playing the strongest cricket school in Ulster, Foyle and Londonderry College. 1stXI, U14 and U13 are away while U12 and U15 are at home.