The Wallace High School has a long history of participation and success in the world of Young Enterprise with last years company Quirktees the recipients of the Northern Ireland Company of the Year in 2012.

Following on from this tremendous achievement could have been considered daunting, but this years company Twist’n’Spread will attempt to emulate last years success in the coming weeks. 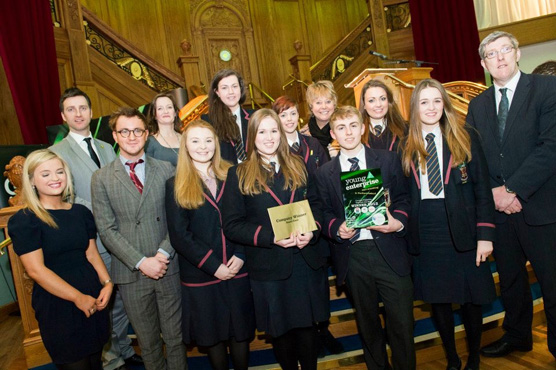 The Lisburn school company is made up of nine highly enthusiastic students with Chris Robinson (Year 13) taking on the role as Managing Director. They have produced a product called Butter Finger which is a twistable tube filled with butter and as the sound bite goes “a child friendly product which is a convenient and mess – free alternative to the conventional spreading method”.

Butter Finger had already scooped the Mystery Shopper Award and Best Product at the South Eastern Board Young Enterprise trade fair in Bangor in February, before winning the South Eastern Regional Young Enterprise Company of the Year in March. They have now qualified as one of the six finalists for the Northern Ireland competition with the winner announced in Belfast City Hall on Thursday 9th May. 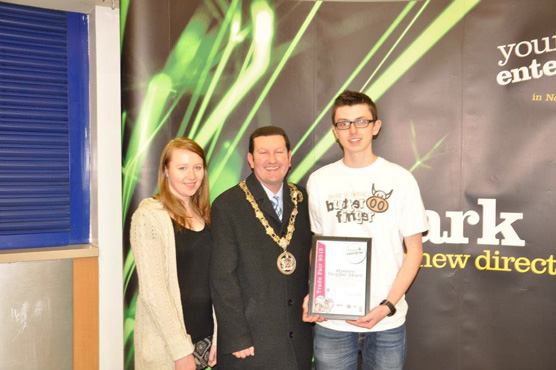 Managing Director Chris Robinson is understandably delighted with the success of the company and commented: “We had an unexpected but brilliant situation at our first trade fair in Bangor, selling out in less than two hours and to now progress to the Northern Ireland Finals is amazing. It’s great to follow in the footsteps of Quirktees who enjoyed such phenomenal success last year. We have been overwhelmed by the positive feedback from Butter Finger and we are naturally delighted with the success we have achieved so far. I would also like to thank our teacher Ms Karen Neill for all her help, advice and encouragement over the course of the past few months.”