Age of the Dinosaur

This week, a number of children came face to face with the colossal Camarasaurus, tip-toed past the vicious Velociraptor and took cover from the terrifying Tarbosaurus at the Ulster Museum’s spectacular summer exhibition.

The Primary 2 and 3 children were true explorers when they travelled back in time to Jurassic lagoons and Cretaceous forests. They met seven life-sized moving animatronic dinosaurs in this fantastic exhibition from the National History Museum, London. Strange noises had filled the air has our little explorers roamed through the prehistoric trees and plants. 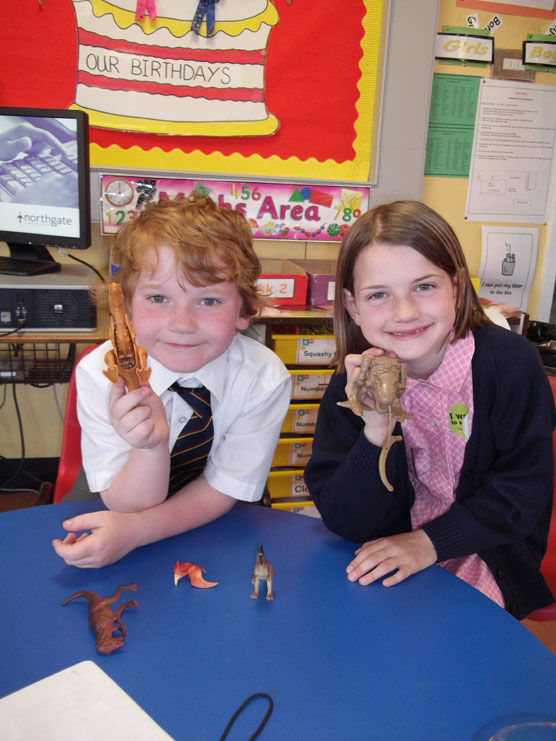 The children had opportunities to touch real dinosaur fossils and also dig for their own. Many artefacts were on display, from giant claws to dinosaur footprints and even dinosaur poo!

They were very busy in the Ulster Museum’s newest and very exciting discovery centre where they had a hands on encounter with dinosaur models and interactive games. 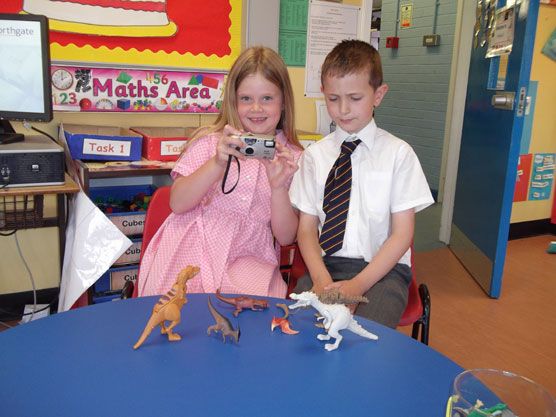 When the children came back to school they reflected on their trip. One P2, Joshua commented “Yesterday I went to the Ulster Museum. We saw a t-rex and we saw a mamenchisaurus. We saw a strange looking dinosaur with a hairy body and we saw a raptor that had a bloody mouth.

While Gracie remarked “We went on a school trip . We went to the Ulster Museum. We saw different dinosaurs then we went to a dark area. There were robot dinosaurs. I was scared. I enjoyed the trip. It was fun.”