As the enrolment for this years Duke of Edinburgh Award Scheme has opened at Wallace High School, we can reflect on a very successful year of the award scheme within Wallace. In conjunction with our Approved Award Provider, Outdoor Concepts six Bronze Groups , three Silver Groups and two Gold Groups completed a training programme at Wallace from February to April 2015. Participants learnt new skills, such as navigation and map reading, whilst also learning to work with others as part of a team in planning their final expedition route.

Mountain training took place from March onwards, with day walks and overnight camps the length and breadth of the Mourne mountains. The weather was mostly kind, although some days were unforgiving, yet all participants successfully completed the training and practice expedition for their award level. 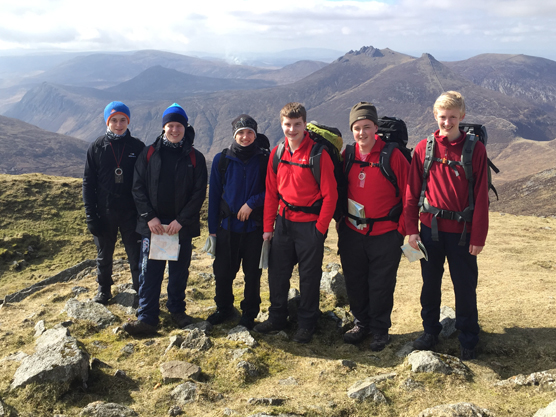 Buoyed with new found enthusiasm for the outdoor life and having successfully undertaken some challenging preparation the groups planned, organised and kitted themselves for their final expeditions.
The bronze expeditions took place in the Mounre mountains over a glorious weekend in June and all participants successfully completed their aim and their route with a certain degree of style. The Silver expeditions also took place in the Mournes at the end of August, this time involving a three day walk and two nights under canvas. Once again, the participants showed great grit and determination in successfully completing their aim and their expedition. 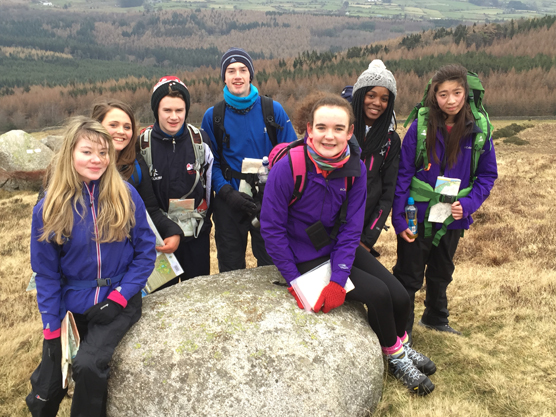 Having completed an extensive training programme in the Mournes, the gold groups carried out their expedition in the Lake District. With a boat journey and a day’s acclimatisation and preparation under their belt, the two groups headed off on their four day three night adventure into unknown territory. Using their newly acquired skills, team work and a healthy dose of glorious weather each group fulfilled their aim and even bagged some picture perfect postcard images of the Lakes. 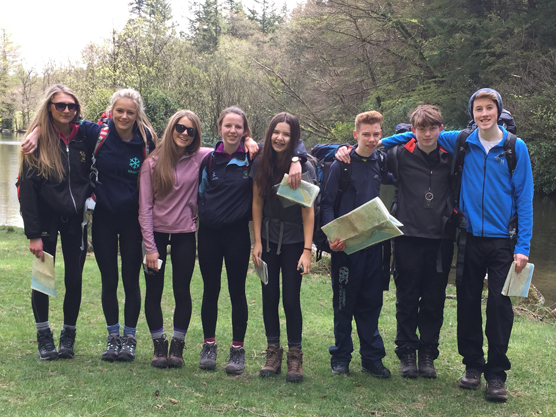 Following these successful expedients the gold participants then presented their aim and their expedition to the rest of the school to complete the expedition section of the award scheme.

The enrolment for this years award scheme closes at half term. Teacher in charge, Mr Neil Armstrong, is sure the academic year ahead will lead to another bumper year at Wallace for the Duke of Edinburgh Award Scheme.