From Wallace to Wallace 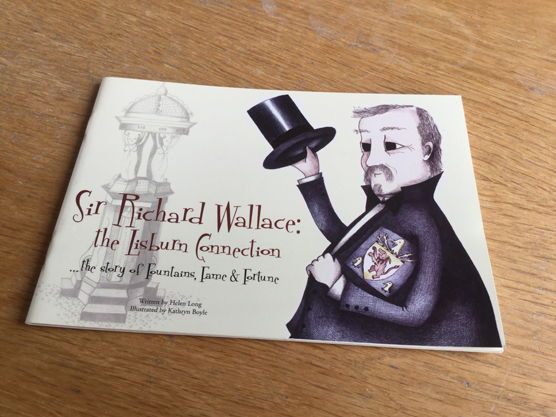 The name Wallace is synonymous with Lisburn as the legacy of Sir Richard Wallace is remembered in a series of landmarks around the city; Wallace Park, Wallace Avenue, the Wallace fountains and, of course, the Wallace High School bear the name of the celebrated philanthropist whilst other reminders can be found in Lisburn Cathedral’s beautiful “Wallace” windows financed by Lady Wallace and the memorial to Sir Richard in Castle Gardens funded by the people of Lisburn in grateful recognition of his “spirit of generosity.”

The bicentennial of Sir Richard’s birth will be celebrated in June 2018 and preparations are already under way to commemorate this historic anniversary. Wallace High School is delighted to be in active discussions with the Wallace Collection in London about how Sir Richard’s legacy can most effectively be celebrated in Paris, London and Lisburn, the three defining locations of his life. 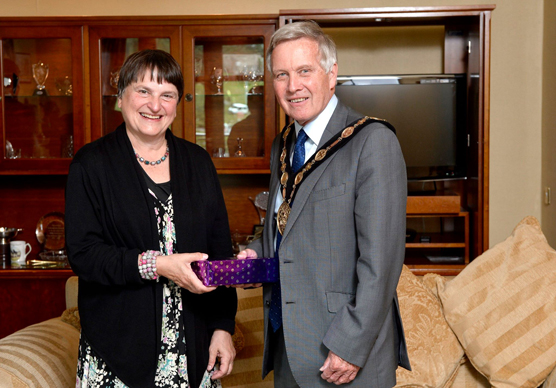 The Wallace Collection in London is well known to Wallace pupils as a visit to Hertford House is a key element of the annual History and Politics Department trip to London and the collection is regarded by many experts as “the finest private collection in Europe.” Members of the school’s Leadership Team were accordingly delighted to host an extended visit to Lisburn by Suzanne Higgott, one of the specialist curators, when she visited the city in late June. Suzanne described her visit to Lisburn as “a personal dream come true” and during her fact finding trip she completed the Wallace Walk (a route which covers all the key locations linked to Sir Richard), met with key staff from the Lisburn Museum and Linen Centre, toured the school and Castle House and was the guest of honour at a luncheon hosted by the Mayor of Lisburn and Castlereagh Mr Brian Bloomfield ,who served as Vice-Principal of Wallace from 1988-2008. The luncheon was also attended by the Lady Mayoress Mrs Rosalind Bloomfield, Wallace Principal Mrs Deborah O’Hare, Senior Teacher Miss Heather Gracey, Deputy Mayor and former Deputy Head Boy of Wallace Mr Stephen Martin and Mr Paul Allison of the Irish Linen Centre and Lisburn Museum. The Mayor said:

“Members of the Council’s Irish Linen Centre staff were pleased to assist on this research project. It was also good to bring modern-day associations with Sir Richard Wallace together with Wallace High School. I would like to thank Deborah and Heather for coming along to what was a very interesting discussion over lunch.”

Writing after her visit Suzanne noted:

“I can’t really express how grateful I am to everyone I met in Lisburn. I could never have dreamt I would be so warmly received. I’m looking forward very much to reporting back to my colleagues about my visit and to our taking forward our collaboration for 2018.” 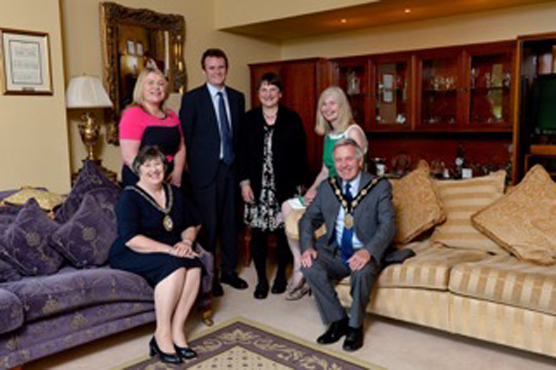 The school has now received a copy of a recently discovered item in the Wallace Collection archives. It is a manuscript of a polka written for Lady Wallace, published in 1872, which will hopefully be performed at a collaborative event. Some years ago a former Wallace teacher, Miss Helen Long, was involved in the writing of a picture book about Sir Richard’s legendary first visit to Lisburn; according to Suzanne the book is a great seller in the Wallace Collection book shop.

“The collaboration with the Wallace Collection for the 2018 celebrations is enormously exciting especially in the light of our new extensive building project. It is fitting that the school which bears Sir Richard’s name will be adding a new chapter to its story.”