Shauna who left in 1987 reminisces about her time at the school : Shauna Lowry will be no stranger to anyone who watchesÂ AnimalÂ HospitalÂ or BBC’s Fairplay, but did you know thatÂ Shauna was a past pupil of Wallace High School?”IÂ was at Wallace prep from 1974 and then left in lower sixth in 1987. I’m a Wallace ex-pupil through and through, my Dad went there and then became an art teacher there, my brother also went to Wallace and played hockey for Ireland. We even lived around the corner! 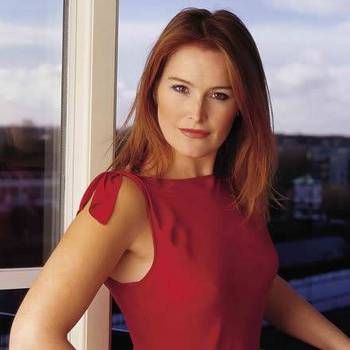 I loved my time at Wallace, I think they introduced me into the spotlight, when I played Nancy in the musical ‘Oliver’ when I was in P7. I was hooked on being an actress or presenter after that!

I was also really keen on sports, which Wallace are really good at! While at the prep, I swam in the schools gala, won a silver medal at long jump, came runner-up in the Ulster badminton championships and played hockey. My favourite teacher was Mrs. McGowan who taught me in P6. She always encouraged us to be confident and out-going!

When I passed my eleven plus I was really excited at meeting other people from other schools and doing lots of different subjects. My favourit subjects were English, French and Geography- I absolutely hated maths and had to do additional maths for my ‘O’levels. I didn’t study for it all but amazed everyone, (most of all me!) by getting a ‘B’!

My favourite teacher was Mr. Morrow-English as he encouraged me in drama and introduced me to two of my favourite plays, ‘Pygmalion’ and ‘Macbeth’.
The sports continued with playing hockey for the 2nd eleven and netball. I also sneakily won the tennis cup at prize-giving, because my friend Clare Taylor and I realised that no one else had entered,so if we played each other, we would automatically be guaranteed a prize!

I also cheated in my Home Economics exam by using aerosol cream on my flan when the teacher’s back was turned, instead of whisking and piping it! the only problem was, when she came to mark us, the cream had completely evaporated and I was caught out! Luckily she saw the funny side!

I made some really good friends at Wallace and still regard them as some of my best friends-I always try and catch up with them when I’m home.

The teachers weren’t even annoyed when I was offered my first job aged 16 with BBCNI. They encouraged me, knowing it was what I wanted to do and it was too good an opportunity to turn down.I thought they would try and get me to stay and do my ‘A’levels, but luckily I never needed them and I never looked back. I wouldn’t endorse this obviously, and would say to any pupils who want a career in the media to study journalism or do a media studies degree. At the end of the day, confidence and talent are what’s needed and experience comes with time. I was very lucky to get a break when I did, but I would say a happy up-bringing and good schooling-(both academically and socially!) are the best grounding for your future.

Glad to see the school going from strength to strength! Keep up the good work and a big ‘Hello’ and ‘Thanks’ to all the teachers who taught me and are still there!- (you must feel old now!)”