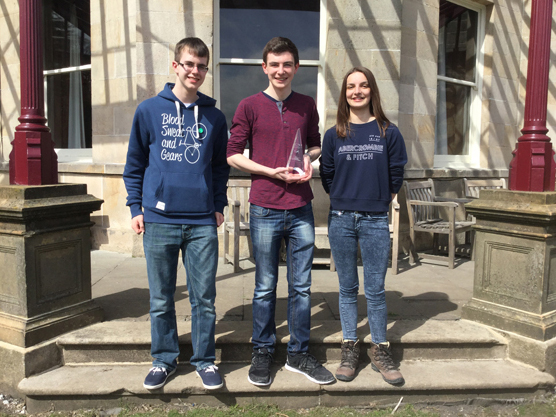 The theme of the weekend was ‘What makes Malham special?’ which entailed a lot of geography and sharing field work experience with schools from around the United Kingdom. Each school had to create a presentation and deliver it twice on the theme in front of people from the Geographical Association and the Field Studies Council.

This particular weekend was a long and busy one, with an early start, flying to Leeds Bradford Airport first thing on Friday morning. The pupils and accompanying teacher (Head of Geography, Miss Barbara McKee) had their first taste of Yorkshire when stopping by for lunch in the idyllic market town of Settle, one of many around the county. Some hours later, they found themselves driving on the lone stony paths that trail through the Yorkshire Dales, until final arrival at Malham Tarn Field Studies Centre. 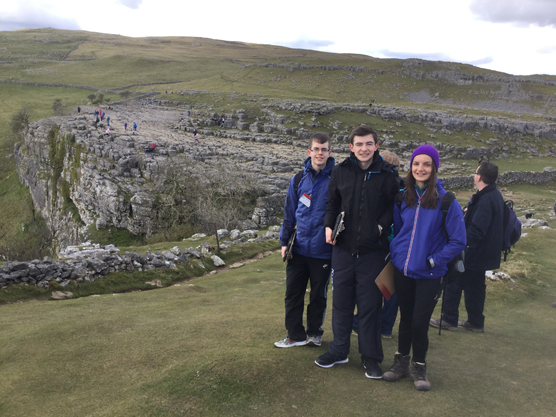 This area, it seemed, was truly the definition of ‘rural’. There was no significant civilisation for miles, save for the tiny village of Malham. Otherwise, there were only rolling hills, sprawling fields, and some spectacular scenery, the likes of which are rarely seen.

On arrival, acquaintances were made with the other teams, with students from schools all over Britain, all gathered in the name of one common theme, namely, Geography. On Saturday morning, after a briefing, the team set out to see the best of what the Dales had to offer and experienced the tranquility of Janet’s Foss, the dramatic spectacle of Gordale Scar, and the immense scale of the Malham Cove.

The ultimate goal was to interpret the question, “What makes Malham special?” in advance of a presentation to judges from the Geographical Association. In connection with Northern Ireland, the Wallace team decided to base their presentation on how the seemingly magical Malham compared to the Land of Westeros, the fantastical setting of the hugely successful Game of Thrones, which is filmed locally. The judges were surprised and impressed by the originality of the idea, enough to make Wallace joint winners of the challenge alongside Woodfarm High School of Glasgow.

All in all, it was an incredible experience which none of the pupils present are likely to forget and there will now be an opportunity to enter into the National Geographic quiz; after winning ten years ago with Jamie Pow, Fiona Campbell and Alex Mobbs. Jamie also went out to represent the UK in California.

The pupils involved thoroughly enjoyed the experience. Ryan Simpson commented : “I believe I speak for all of us when I say the scenery took us aback. It was a pleasure to be surrounded by people who, like me, appreciate the fact that geography is all around.”

Alice added: “It was truly an amazing and rewarding experience,” whilst Peter summed up by saying that, “the trip has given us a new perspective of geography, and the experience has greatly helped our understanding of the natural landscape.”

All at Wallace wish to congratulate the team and Miss McKee on their success.